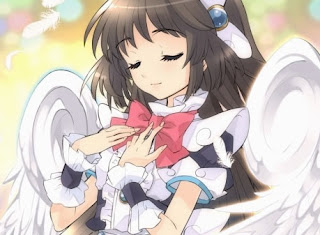 I love a good paradox. They’re the brain twisters for the intelligent, and also philosophy that everyone can think about. Integrate a good paradox into a narrative and you’ll effortlessly engage your reader or viewer as they ponder over the ideas and theories that you’re throwing at them.

With that said I had no idea that Nippon Ichi would execute on the potential of the paradox so perfectly. The Guided Fate Paradox is surprising on so many levels. It’s a relatively mature and restrained production from the folks best known for the insanity of Disgaea. It’s the first roguelike RPG where I’ve cared more about the narrative than the actual dungeon hacking. It’s the simplest looking but most attractive PlayStation 3 game ever made. Perhaps that’s the great point that The Guided Fate Paradox makes; it itself is a development paradox.
The game itself is broken up into small paradoxes that occur within the umbrella of much larger paradoxes. With each set of levels, the teenage boy that found himself promoted to the rank of God (bear with me) needs to resolve a prayer that someone (be that human, fairy tale character, or monster) has prayed to God over. But these conundrums are never as straightforward as they seems.
(A taste of how the game works; a walkthrough of one of the early levels, courtesy of DDNet TV)
In game players traverse through randomly-generated dungeons, as with every other roguelike. These dungeons are filled with monsters and traps, and somewhere, the doorway to the next level. Levels tend to be small but action-packed, and it’s all-too easy to “die” and lose everything (more on that later). It’s a testament to the importance of the story of this game that between each and every level of the dungeon is a healthily-long cut scene, explaining the mystery bit by bit. 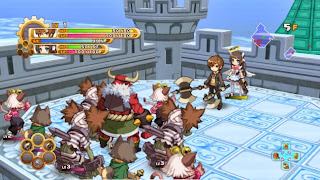 Most roguelikes background the narrative, but here it’s brought right to the front. Surprisingly for a Nippon Ichi title there’s often quite a bit of emotional weighting to the plights of the characters that our little hero God is helping out. The overall game is not entirely serious, and there’s plenty of the usual NISA-branded comedy – jokes about pretty angels being “completely subservient,” lots of maid dresses and so on – but when the game isn’t bring bright and happy its paradoxes are often quite conflicting from a moral perspective. And over the course of the game’s many, many hours, you will build up an attachment and level of concern for these very odd characters. It’s somewhat unique for a Nippon Ichi game; usually players are just asked to chuckle along with – rather than form a bond with – a Disgaea hero.
For instance, the very first paradox involves Cinderella, who isn’t happy with repeating the same storybook story over and over again every time a child in the real world reads the book, Cinderella. She feels disempowered and she wishes to be let free of these constraints. The moral conundrum for the God-hero is that if he changes the story, then it might simply cease to exist and so millions of children will miss out on the timeless tale. 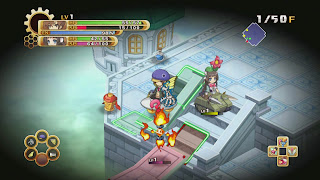 The way in which the conundrum is resolved is a little weak, and that goes for most other paradoxes too – the developers took the easy way out with the conclusions rather than taking the opportunity to really drive the point home. But the journey of getting there, each and every time, is genuinely compelling.
It’s helped by wonderful 2D presentation. While The Guided Fate Paradox is clearly a budget production, the art style is compelling and the characters exhibit genuine personality. The fantasy is a little more generic anime that something as “out there” as Disgaea, but this suits the more serious tone of the narrative. Enemies are adorable and there’s plenty of charm in the overall production. It might not be as obvious that it belongs on the PS3 as a game like The Last Of Us, but I couldn’t imagine playing this in anything but HD.
As with every other Nippon Ichi game, The Guided Fate Paradox is a complex game, underneath its simplistic surface. The randomly generated levels are fine (and anyone who has played a roguelike before will know exactly what to expect there), but what’s interesting here is the way equipment and leveling up works. 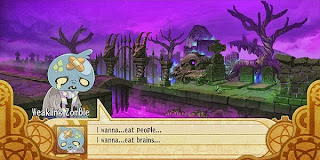 I’ll try and explain this simply because it’s a complex system to describe, but please be aware that it quickly becomes a very familiar system; by using an item, a gauge attached to that item starts to fill up. Once it fills up completely it “bursts” and that item is now useless for the rest of the dungeon. But once you’re out of the dungeon by going to the blacksmith it is now possible to power up that item and start using it again.

Take that same item into a bunch of dungeons and it will become a very powerful asset indeed. Which is why the roguelike structure can be so, so cruel; if you die mid-dungeon you lose everything you’re carrying. Consider this; you can give your weapons names. This is a game where you become very attached to your loot indeed, and are essentially useless without it. And one single misguided move and it’s gone. 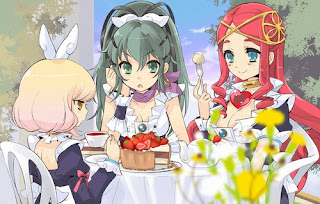 There’s other systems at work that I’m not going to try and explain (such as the fact you start each dungeon and level 1, but the more dungeons you do the more powerful you are at level 1), but in short this is very much a Nippon Ichi game and just as Disgaea takes the SRPG formula and turns the complexity up to 11, as does The Guided Fate Paradox do to the roguelike.
It’s fitting that the first roguelike to really require thought and strategy to get thorough to the end is also the first roguelike to have a narrative that demands deep thought. Usual disclaimers about Nippon Ichi games that they’re not for everyone aside, this game is incredible, creative and a refreshing new IP for Nippon Ichi, and deserves a far better response that it will inevitably get from the mainstream press who will no doubt go back to playing Call of Duty because it has a dog in it.