This week in the News Wrap, BG took a look at the monstrous cost of the PS4 in Brazil, the return of a classic flight sim in Red Baron, a super impressive trailer for Super Mario 3D World and CosPlay. Lots and lots of CosPlay.

Gaming on modern consoles can be a little difficult for players who happen to live outside of the traditional markets for the entertainment genre. I know that even as someone who lives in the US, I imported more than a few games from Japan in the ’90s – occasionally at great cost. If you want something bad enough though, you’ll pay almost anything within reason.

Now it has to noted that this isn’t Sony’s fault and the company actually thinks that the beastly price isn’t good for not only them, but for gaming in general. So what is the cause? Although it’s a tad hazy, it looks like it might come down to Brazilian tax law.

Check out the full story, free of charge, here on BG 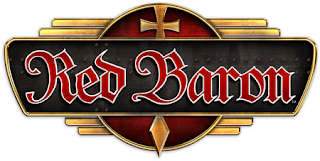 The classic flight sim bearing the name of one of the greatest flying aces of World War 1 is back courtesy of a Kickstarter campaign and original creator Damon Slye.

Formerly of Dynamix, Slye has resurrected the title for the PC and is looking for a little crowd-funding to start the props and get airborne. You don’t see too many games take advantage of WW1 as a setting (all I can think of is The Wasted Land) so if you’re into military history, or just history in general, this one might pique your interest.

Strap in and start the engine here on BG

I was not, in any way, a big fan of what Nintendo had in store for the Wii U this Holiday season. In fact, I kind of thought they’d all but thrown in the towel with a lineup os ho-hum games that just didn’t look like they had a lot of oomph.

Then cam Wind Waker HD and now- Super Mario 3D World. ‘Old and tired’ you say? ‘Nothing new’ you say? Click through the link and watch the trailer. If you’re a Mario fan, I dare you not to smile. A lot. 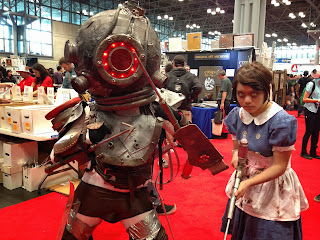 To CosPlay, or not to CosPlay, that is the question

Well, actually for a lot of folks it’s not much of a question at all. Every year thousands of people from all walks of life dress up as their favorite characters from games, movies, comics, whatever- and head to Comic Con’s and gaming shows all over the world.

Brutal Gamer had boots on the ground at the NYCC this past weekend and sorted through the best of the best of the costumes that we saw at the show and tied them all up with a bow for your viewing pleasure.