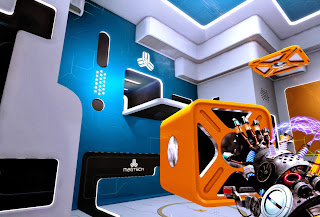 The inspiration for Magrunner Dark Pulse is clearly Valve’s incredibly popular Portal. Between the visuals and the sense of perspective (first person) and the puzzle-solving nature of Magrunner, the two games really do have a great deal in common.

That is really just a surface view of the game, however. The premise is a bit odd, but suitably futuristic in that in the future, a technological competition seen all around the world spins very out of control. The game starts off in a clinical, laboratory setting, but that is only through the early stages, which more or less amount to your training.

As far as introductions go, Magrunner’s does a very good job of walking the player through all of the basics, and even showing off some of the game’s trickier puzzle mechanics. Where as Portal was built around the premise of using a gun to open doorways, Magrunner involves cubes and platforms with magnetic charges. While the two games are both puzzlers, a lot of credit should go to the development team for coming up with a completely different style of similarly simple mechanic to base their games around.

(Read our review of the PC version of the game here)

The magnetic play is actually quite interesting, as you can charge platforms and cubes with either a red or green charge. If two objects are charged the same, they are drawn to one another. Need to get two platforms close together? Make them both green to create a walkway. Need to pick up a cube that is out of reach? Make it and an overhead platform the same colour and the cube may zip up to and stick to the platform as it makes its way over to you.

Conversely different colours means opposing magnetic fields. If two platforms are on top of each other, charge them to alternate colours and the top one will shoot you straight up. Put a cube on a slingshot mechanism and stand on it while making the cube a different charge than the slingshot, and you can propel yourself across large chasms. 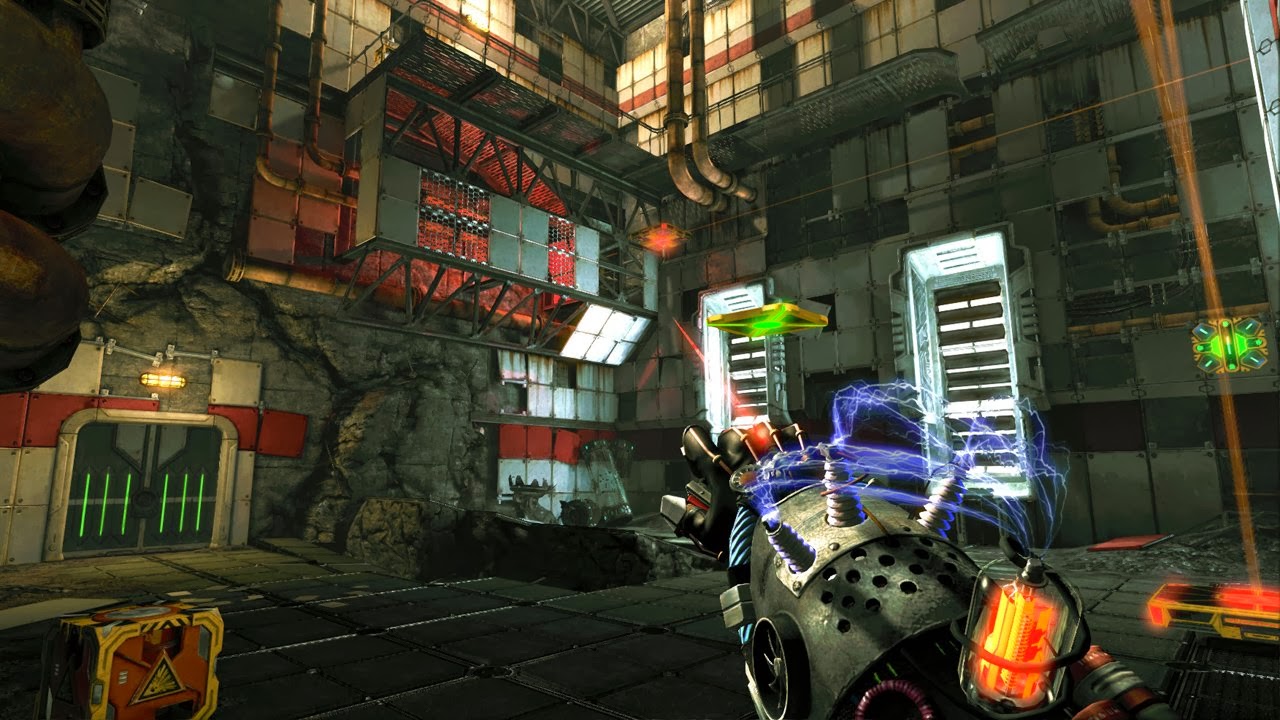 All of these lessons are broken down in the earlier stages, with helpful hints that pop up on the screen and walk you through what buttons on the controller do to explaining how to view and use magnetic fields. This is what comprises the early part of the story, which is mostly about this tournament. The events take a dark turn after that however, and while the story never really compelled me in and of itself, the change in landscape did. Some of the more fantastical settings exposed further in the game really do look quite good, and provide an excellent change of pace from Magrunner’s opening.

At first glance this looks like it might be a first person shooter, because of how the world is presented, but I would go more with a description like first person puzzler. That is not to say there are no dangers in the world, but Magrunner: Dark Pulse is attempting to strain your brain, not numb the thumbs. That being said, you do have to be nimble at times, and probably my biggest control complaint comes from the jumping mechanic. There are times I would shoot a block or platform up into the air and try to make a jump, feeling like I timed it right, yet my character hardly leaps and winds up plummeting downward. These get frustrating. 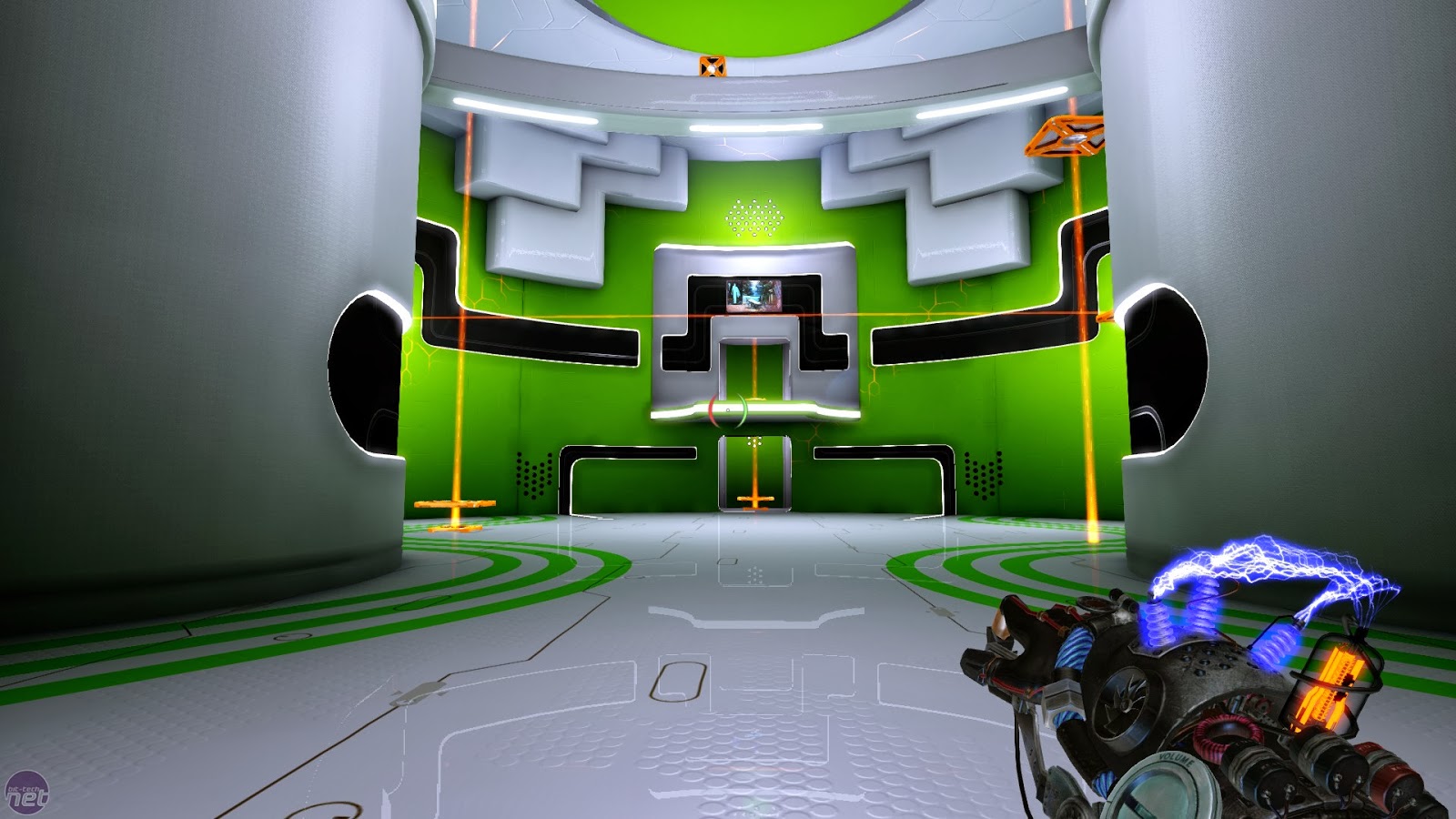 That being said, figuring out how to solve a puzzle can be immensely satisfying. Sometimes it is about having  magnetic field push two objects into buttons at the exact same time, thereby creating a bridge. One of my favourite items is the launcher, which slingshots cubes at high speeds. Slamming a cube through a glass window or door was always entertaining.

It is a shame the voice acting is so poor in places. The already thin story is not helped by this, and I found myself caring very little for what was being said around me. That is unfortunate, since this title is bound to be compared to Portal – and for good reason. However, where Portal oozed a very particular kind of charm throughout its story, Magrunner is really somewhat lacking in that specific area. Thankfully the visual direction and the challenging puzzle mechanics kept me hooked as I continued further into the game.