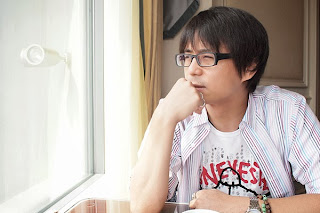 Suehiro Hidetaka is better known as SWERY (or Swery65), and his claim to fame is producing a game that is so polarising that it is officially recognised in the Guiness Book of Records as the game that critics gave the widest range of scores to.

That game is Deadly Premonition; a surrealist little horror game that is also one of the strongest arguments that games can hold artistic merit to have been produced by a major game developer in recent years. As with any good work of art, the polarising impact of the title has extended beyond the critics and through to the community. Some people love it, and others simply don’t get it.

But people keep discussing it. Years after the game’s original release there is still interest in this game, as evidenced by the recent release of the Ultimate Edition.

And like any good artist, Hidetaka is himself a reflective and thoughtful person. “I am just a coffee-loving video game creator,” he laughs. “I have in my heart the desire to be an artist, but of course it’s the people who play my games that will judge whether they are artistic or not.”

One of the problems that people had with Deadly Premonition was how strange it was. The lead character could ramble on for ten minutes about the texture and flavour of a biscuit, and moments of real horror are broken up with truly odd and seemingly inappropriate moments of comedy. 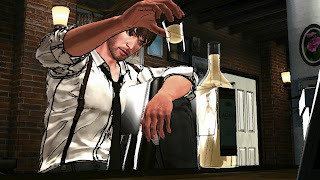 We’ve seen other game developers, especially in Japan, also indulge in surrealist themes (for instance, Goichi Suda’s Killer Is Dead). It’s an odd art style to bring into an interactive work, as it’s a genre that revels in obscuring meaning and challenging the audience on an intellectual level that doesn’t gel well with the kind of fast-paced action that fans of conventional games tend to demand.

But Hidetaka is unapologetic for the game he has created, and confident that he’s worked enough meaning into his game that it makes sense when played. “Everything in the game was deliberate,” he said. “The strange things that happen in the game all happen for a reason. If you play through the game I think you’ll understand that it’s all intentional.” In discussing the potential for a sequel to Deadly Premonition, he said that if he has the opportunity to make a sequel he has no reason to refuse it, but he also would find it a difficult project because there is simply too many ideas he has to run with.

“It might be hell,” he said. “If I was to create a sequel and think about what would be different in the game, I have so many ideas. At the same time I don’t think there was anything unnecessary in Deadly Premonition. So accordingly I wouldn’t want to cut down anything that I’ve got in there.”

So, despite readily acknowledging that there are critics and gamers out there that aren’t a fan of Deadly Premonition, Hidetaka is confident in what he is doing. Though the work was an immensely personal one for him, he also doesn’t blame the critics for the wide range of reviews that Deadly Premonition attracted, or the focus on the game’s poor visual style that was often cited for poor review scores. “It’s not the critic’s responsibility when a player is discouraged from playing a game based on its visual style,” Hidetaka said. “We as developers need to work to get people to play the game with an open mind in the first place.”

Looking ahead and advice for aspiring developers

Considering Deadly Premonition is not a game that took advantage of the processing power of the Xbox 360 and PlayStation 3, it’s not surprising in the slightest that Hidetaka’s interest in the next generation of consoles is more than just the additional processing power. 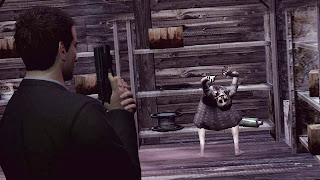 “Of course I look forward to the evolution of the consoles themselves,” he said. “Higher specs compared to what is currently available, higher detail graphics, more profound sound and more processing power to have the world operate in real time are all exciting.”

“However, as a creator, I’m attracted to the connection that users have with each other through Cloud services. I expect that the standard gameplay lifestyle at the moment where people sit in front of the TV, turn the power on, grab a controller and sit on the couch will be changed.”

“The tablet and smartphone have changed our lifestyles, and if the next generations of hardware were to work with this revolution of game style. It’s an attractive idea, isn’t it?”

With the next generation of hardware promising to enable more creativity and innovative game ideas, we can also reasonably expect to see more “artistic” games emerge and find an audience of their own. Digital distribution will enable more creative risks from small developers and the fact that the major publishers are all competing to engage with independent developers will open up consoles to these smaller, more innovative developers.

For aspiring developers, this is going to all seem like the world of opportunity. Hidetaka has a simple piece of advice for these people; “create what you want to!” he said. But by the same token it’s important to realise that in the games industry, complete creative freedom isn’t always possible, and developers that expect to be able to do whatever they like, whenever they like, will lack the discipline to make truly great games.