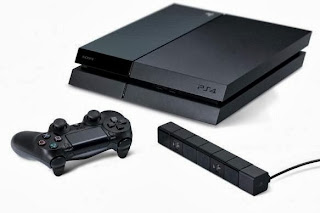 Update: Thanks to everyone that took the time to leave us a genuine comment – it was great hearing from you all. However, as the comments have degenerated into a lot of insult slinging and elitism, I’ve decided that enough is enough and unfortunately the comments for this story needed to be shut down. Thank you for understanding.

In the lead up to the EB Games Expo, Sony held a media event to give journalists time with the PlayStation 4 and Vita consoles before tomorrow’s inevitable hours-long lines (thanks for that, Sony!). Having finally had the chance to have some hands-on time with the console, I am now convinced that not only is Sony is on to a winner, but it has produced a console with the potential to legitimately take over the PlayStation 2 as the best console ever made.

The most obvious bit first – ignoring specific technical specs, PlayStation 4 games objectively look better than PlayStation 3 games. The effect is often subtle – better reflections and more dynamic environments for instance, but after moving from Drive Club, a launch PS4 game, to Gran Turismo 6, a end-life PS3 game, it’s obvious that the PS4 is objectively (much) more powerful. The real question we need to figure out moving forward is whether people will care about these enhancements en masse, but I am inclined to think they will because while a screenshot comparison between the PS3 and PS4 might not look like the kind of enhancements we saw from PS2 to PS3, in action they certainly feel significant. All Sony needs to do is get people to play its games. Enter shows like EB Games Expo.

I’m going to apply this line of argument to the controller too; while the new controller looks like a slightly-enhanced PS3 Dualshock, in practice it feels like next-gen tech, and that’s before I’ve played any games that make use of its more “new” features like the touch panel. The ribs on the control sticks help with preventing slips in a competitive game like Killzone, and while I was initially confused by the lack of the Start button, and wasn’t able to test out the share button, every game I played seemed to work fine with the new configurations.

But what left me really excited from my time with the PlayStation 4 was the range of games that Sony is cultivating. This is a company that, at its most important show for the year in Australia, has given valuable floorspace to indie developer Nnooo to show off Blast ‘Em Bunnies (spoiler alert for my upcoming preview – it’s awesome). Sure Killzone was there being the Call of Duty rival that Sony wants it to be, but there was also Drive Club, and Knack, and we know that the Japanese developers are on board with the console. Sony has proven, yet again, that it is genuinely interested in engaging with third parties and indie developers, and I think this is going to be telling with the console’s fortunes moving forwards.

I could also see Sony’s current philosophy to games playing out in the PS3 and Vita stands that it has set up for the show. On the PS3 there was everything from Beyond: Two Souls to Gran Turismo 6 and indie masterpiece Rain. On the Vita there was Tearaway, Batman and Killzone. Sony, more than any other game publisher out there, genuinely cares about providing players with a range of different experiences, and as someone who loves the games industry, this resonated with me. I suspect that as the mass market grows increasingly tired with the generic titles that AAA-development throw out, that the broader audience that Sony is catering to will resonate with a critical mass.

I was already keen on the PS4 before I went along to this preview event. Now I am absolutely convinced that unless some kind of catastrophe strikes, it will be a legitimate contender for the greatest console ever.