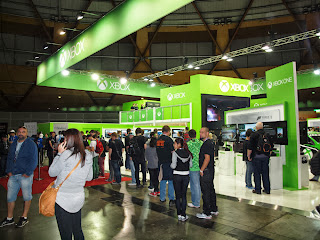 After having a really good time with the PlayStation 4 and the spirit in which Sony has been courting original game ideas and independent developers, I was a little taken back by Microsoft’s booth at the EB Games Expo 2013.

While the Xbox One is undoubtedly a powerful console, it’s also a bit like a hardware version of a lazy sports game sequel; the rosters are updated and it might feature a new mode or two, but it’s hardly enough to really get excited about. The controller is nice and comfortable, and the face buttons are some of the best you’ll experience; the give is near perfect. Shooters aren’t really my thing, but I can imagine the dual sticks have been built with those players in mind. The construction of the hardware, therefore, feels solid. It’s the software that worries me.

Now in fairness to the console, none of the games that I had hands-on time with used Kinect, Smart Glass, or any of the other unique features that Microsoft has been toying with. I played Ryse, Zoo Tycoon, World of Tanks and Killer Instinct, and so it may well be that across those games I missed the real strengths of the Xbox One as a piece of hardware. It may well be that Kinect adds something fundamental to the experience, rather than being the gimmicky add-on that it is on the Xbox 360. SmartGlass might provide a better dual-screen experience than what we can get through the PlayStation 4 or Wii U. I really can’t say I’m in any position to comment there. But, the Xbox One software that I did play exposed something for me; when the console isn’t using these features, than the experience isn’t that much different to what we get on the Xbox 360.

Ryse looks gorgeous but is almost a corporate checklist of “commercial success 101” features; great graphics, hyperviolence, and simplified gameplay so that everyone can safely navigate through the game without really being at risk. Killer Instinct looks good but I struggled with the combat system; characters felt heavy and lacked the grace and mobility of fighting games that I really enjoy (such as Persona 4 Arena). And, in fact, I preferred the art style of Persona 4 Arena; aesthetic direction is more important than technical enhancements now, because going from a game like Mortal Kombat or Persona 4 Arena to Killer Instinct is not the generational leap in technical fidelity that the transition from, say, Xbox to Xbox 360 was. We’ve plateaued in terms of the enhancements that players can notice, so it’s more about the creative vision in which developers can apply to the technology that will matter. 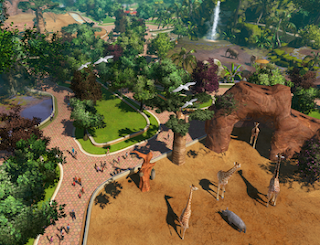 I had the most fun with Zoo Tycoon, funnily enough, even though the game literally does look like a 360 game. It (and Minecraft, of course), were really the only two games on Microsoft’s stand that weren’t squarely targeted at young male adults. It was fun wandering around the zoo in real time, and the atmosphere created by the nicely detailed animals is engaging. I love zoos, and in many ways this is the game that I’ve been waiting for. On the other hand I am a little worried that the simulation side of things has been watered right down in what I suspect is a concession to “accessibility” – perhaps I was just playing an early level or something.

I didn’t get any hands on time with Titanfall, which is meant to be the big release on the Xbox One, but I nonetheless walked away from my hands on time with the console with an reinforced impression that Microsoft has a razor-sharp focus on one market and one kind of game player alone; this is a console that plays up to serious games that like competitive and adult experiences. There’s nothing necessarily wrong with that, except that it’s stuff that we’ve already seen on the Xbox 360, and it’s a far cry to the approach Sony is taking to try and give everyone something and support even the smallest of independent players.

It’s also worth noting that Microsoft’s booth was just as popular as Sony’s at the show, so whatever criticism Microsoft drew from its earlier business decisions, and whatever the fallout from the subsequent backtracking on those decisions, the community is clearly still keen on the device. Fingers crossed that Microsoft or its developer partners can turn the software situation around to appeal to a larger crowd than the dudebros.