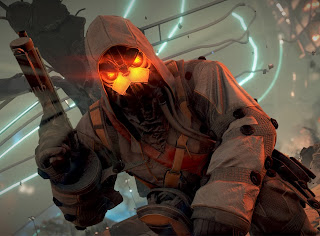 Standard set of disclaimers up front: I’m not a big fan of shooters, and I have never really, truly enjoyed a Killzone game. There are certain examples of the genre that I do get along with and can certainly appreciate – such as Crysis 3 or that XCOM one, but Killzone always seemed just a little bland for my tastes.

But it’s a major release for the PlayStation 4, and so I felt obligated to check it out at the recent EB Games expo. Specifically I checked it out at an evening media-only event that paired me up with some of Australia’s other gaming journos (there’s no way I’d line up for over an hour for any shooter), for some four-on-four multiplayer action.

I did like the way the multiplayer was structured with a nice variety of objectives. And… that’s about all I’ve got that’s positive to say about the experience, I’m sorry to say. In every other way this new Killzone game was virtually indistinguishable from the shooters that the last generation of consoles threw our way. 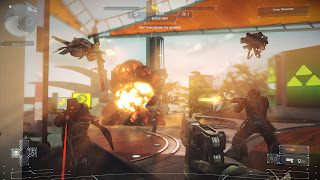 Oh, sure, it was prettier on the surface of things. There was more detail in environments and all that, but in terms of how it played, it felt like every other expensive shooter made in recent years. The weapons had a visceral kick to them, the physics were accurate, and the levels were designed to encourage people to keep moving around and use rudimentary tactics with one another. The map we played on was a two-tier affair, with an exposed battleground on top, and some trenches for close warfare beneath.

That map also felt no different on any fundamental level to any decent map on a PS3 shooter. And, in fact, it glitched out on me at least once and I found myself stuck on the scenery. I’m going to assume an early bug, but once again – Killzone doesn’t feel truly next gen. It feels like a prettier last-gen game.

We already knew that the true next gen experiences, if they’re to be realised at all, will come through second screen experiences, improved AI (which I didn’t get to experience, given that we were playing multiplayer in this demo), and clever social integration. We knew that people wouldn’t buy into the next gen because it offers slightly prettier graphics.

But based on what I played, Killzone: Shadow Fall didn’t feel even close to next gen.