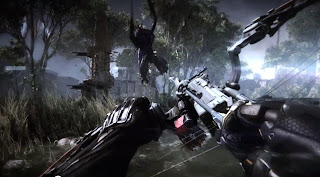 I’m the first to admit I’m not a fan of the FPS genre, but I do make an exception with the Crysis series. The reason that I manage to enjoy this specific series is that it resolves the one main issue that I have with the FPS genre; the genre typically treats its audience as a bunch of idiots.

We can blame Call of Duty for establishing the FPS mold, but really the blame for the stagnation that modern FPS games suffer under has to be spread around evenly. So desperate are developers to latch onto the success of Activision’s behemoth that they copy it like it’s a textbook of FPS game design. Almost every FPS does the following now: “lead the player down a prescribed path, and then provide them with a slightly larger area with some enemies to shoot up”.

(Be sure to check out our interview with Crysis developer, Michael Elliot Reed, here)

There’s no room for the player to make mistakes in this kind of game, because the focus isn’t on challenging the players. It’s more akin to a roller coaster ride: guaranteed thrills on a predictably safe path with no room to step off and come crashing to the ground. Sure some poor hand-eye coordination will force a restart from a nearby checkpoint but with most FPS games there’s no room to think, or even breathe, through what you are doing. As a guy that likes to be engaged on an intellectual level when I play a game, the FPS genre now leaves me claustrophobic, and lacking any sensation of achievement. 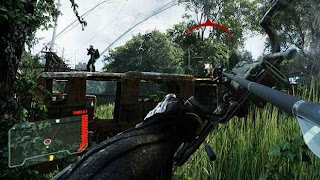 When it isn’t leading people by the nose, the other thing I dislike about the modern FPS genre is its love of completely gratuitous violence. Far Cry 3 might have had an open world structure, and dodged the proverbial bullet on the corridor shooter experience but I found its love of extreme, excessive crimson fountains incredibly juvenile. I don’t mind hyper-violence in games when it’s contextual. Exploding bodies in FPS games is not contextual; it’s a disturbed child’s fantasy of what a warzone would be like.

And so Crysis has appealed to me because it has no interest in either extreme violence or treating its players like idiots. There’s violence of course, but only just enough to provide feedback for killing an enemy – it’s restrained, even elegant, and not an assault on the senses. And while the game’s story is entirely linear, what players do between those set cutscene points is largely up to them and indeed the game actively encourages experimentation. Because of that this series is the FPS for the thinking man, or the adult gamer that has grown up enough to realise that sometimes a little bit of ambiguity has a greater impact than being shown every gory detail. It’s mature, in other words. 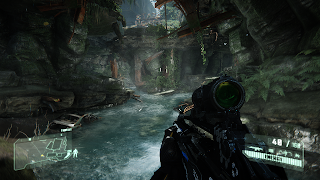 I was worried about Crysis 3 at first. The budget backing the game is incredible, and there’s the risk of upsetting players by leaving them to think for themselves. Imagine that – a game that not everyone will finish in a single sitting! We’re entering commercial suicide territory here, surely! And the opening level seemed to confirm my fear; the first half hour of the campaign is very much a limited corridor shooter in the vein of Call of Duty and the skirmishes were, frankly, dull and predictable. But then I was greeted by a sweeping vista of a nature-reclaimed New York City, and I knew that this game was going to deliver on its heritage.

After the first level the game does indeed open up. Players need to cleverly use the usual Crysis range of cloaking and shielding abilities to outflank and stealth kill the enemies, because in a straight up gunfight you’re in trouble even at the lowest difficulty level. Levels are nicely designed with places to duck into and hide from enemy sight, and there’s plenty of upgrade options to customise the avatar’s abilities. Amazingly for a modern FPS there are moments where you’ll need to take the finger off the trigger, scout out some optimal terrain, and even engage in some strategic guerrilla warfare, and as such Crysis 3 is more engaging than the vast majority of its peers. 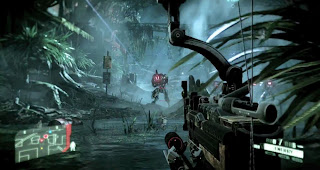 The real hero of Crysis 3 is not the nanosuit-wearing hulk that players control. It’s the bow and arrow, and this humble weapon is such a focus that you can tell that the developers didn’t really want to include other weapons. It’s the only weapon with any real power that allows players to remain cloaked and stealthy while firing, which makes it the ultimate strategic weapon in a strategic game. There’s nothing quite like sneaking behind an enemy, taking him down with a single arrow, and then ducking back behind cover without the AI noticing your presence.

Sadly the AI doesn’t quite keep up with stealth strategies and even if you are noticed all you’ll need to do is run and hide for a few seconds and the enemy will lose its coordination, but otherwise there’s a stiff challenge to be had from the AI hordes, and some of the later firefights can be incredibly intense even on the lowest difficulty level. 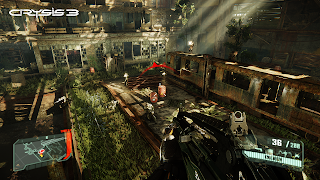 I have so much respect for Crytek to put so much focus in a FPS on such a humble weapon. At a time where the genre is fighting with itself to give players ever-expanding ultra-arsenals to play with, encouraging players to use what would be the weakest of weak weapons in most of its peer games is both brave and symbolic of just how much Crysis 3 tries to distance itself from the crowd while remaining commercially viable for an AAA-game budget.

Because the bow is so central to the arsenal, the other guns generally lack for personality and don’t feel nearly as good as in most other major FPS titles. It hardly feels like a loss in the single player game, but Crytek again struggles to bring a compelling multiplayer experience to Crysis as a result. There’s a really nice new play mode where two players take on the role of the “hunter” and get to play with a bow, while the other ten players attempt to survive using conventional weapons. If one should die, he/ she respawns as a hunter, and so the odds of battle slowly shift from the “human” team to the hunter side. This mode is so compelling because it accurately emulates the appeal behind the single player game, but, frankly, the rest of Crysis 3’s multiplayer is still a dud compared to the likes of Call of Duty and free-to-play titles like Dust 514. 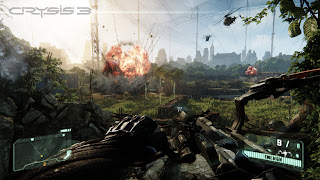 But it really doesn’t matter. Crysis 3 has a single player game that leaves the competition for dead, in both length and quality, and is a beautiful, cinematic experience with a haunting soundtrack and some of the best visuals on the PlayStation 3.

This is the end of the Crysis trilogy now, and I hope Crytek takes the opportunity to reset and look for new ways to innovate the FPS genre. No one else is, and with Crysis 3 the developers have pushed this current formula as far as it can go. In a couple of years I’ll want something new and exciting, but for now I actually have a FPS that I want to play.

Mars: War Logs goes back to the red planet