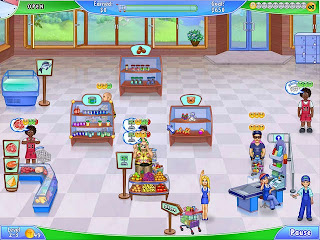 The time management sub-genre with casual games is so bulging with titles that when you get to Supermarket Management 2, you get the overwhelming feeling that you’ve been there before. Being a sequel, you have. Taking a lot of inspiration from Diner Dash and the other games of that ilk you just wish that it offered more because it has so much to give.

Being my first foray into the Supermarket Management world, it is immediately entertaining. The tutorials are extensive but the best way to start is to just get into it. It’s fast, fun and immediately gets you hooked. The HD graphics are a huge improvement from the last incarnation (I went back and checked) and despite annoying sound effects and a backing track that makes me feel like I’m on the pokies floor at a casino, everything ties together well.

Another thing going for the sequel is a huge improvement in the look of the game. Both were made in HD but the sequel has had a fresh lick of paint and plays a lot smoother than the first. The previous version of Supermarket Management had a clunky interface and required you to tap on the sign above your shelves and required more attention to ensure that you hit the right area when trying to select something. The new version allows you to tap the actual shelves, which is much more intuitive and cleans up the game. 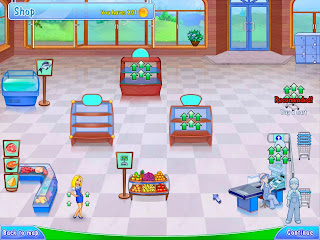 However, there is a startling lack of originality in this game. For those who love the time management genre, this will be fine as it is the same game that you know and love, a quick, fast-tapping time management game that will require you to choose the right combination of upgrades to be able to stay ahead of the game on each advancing level. For everyone else, it’s the kind of game you’ve already played and have had enough of. However, this is not always a bad thing in this genre as sequels with a new coat of paint and a few slight tweaks seem to do very well – just look at Angry Birds or Plants Vs Zombies.

With a price tag of $7.49 the game isn’t priced too badly, although it is annoying that the developer attempts to deceive the buyer by claiming it’s a free download. Initially the game is free, giving you a few levels of enjoyment before slapping the price tag on you. I would be fine with this if they told you up front, but buyer be warned because just as you start enjoying yourself this stops being free. This will lead to some people deleting the game in anger, I suspect. 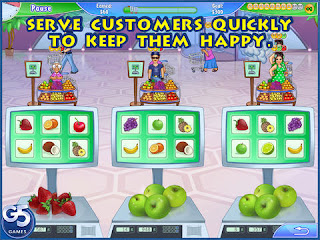 Outside of that there are some in-app purchases and I didn’t find those too excessive. 100 coins for $1.99 is great value if you’re having a good time here. I have to admit, even though I am somewhat frugal when it comes to in-app purchases, I did eye the price of setting my supermarket up with a few extra staff and trolleys for only a couple of bucks as a good investment. Those who don’t want to succumb to in-app purchases to advance can replay levels for extra coins instead. It may be more work but gives you a sense of satisfaction to not take the easy route.

Ultimately, while Supermarket Management HD 2 is a fun game and gets you hooked almost immediately, the difference between this and the first version of the game seems to be little more than a coat of paint. Even though it is purely a casual game, I was expecting the developers to give players something a little different to look at.