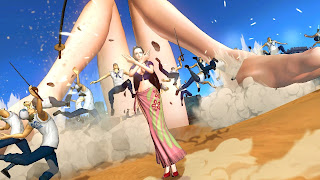 When it comes to the licensed Warriors games, how much you enjoy them depends entirely on how much you like the source material. If you’re a fan of Fist of the North Star, you’re going to enjoy those games more than someone who isn’t. This is true of One Piece as well.

One Piece is one of the most popular and longest running manga and anime franchises in Japan, and as with most popular and long running manga and anime, focuses around a lot of conflict between some incredibly powerful heroes and villains. In this case, those heroes and villains do their battling in a fantasy pirate world, and naturally because piracy is the fun side of that fantasy, the “heroes” are a friendly bunch of pirates.

It’s like Pirates of the Caribbean, except it’s been around for longer and the characters are weirder than Jack Sparrow. Now in all fairness this is a setup that won’t appeal to everyone. It’s way over the top (even compared to the likes of Bleach and Dragon Ball Z), and that kind of energy and somewhat-juvenile humour can rub people the wrong way. 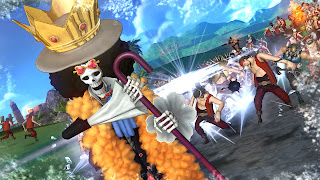 On the other hand, that setup is also perfect for the high-action energy of a Warriors game. Where Ken’s Rage was a little too dark and violent to make the “1 vs. 1000 philosophy” really fit into the setting, One Piece’s bloodless violence brings Pirate Warriors into the same kind of class as the Gundam Warriors titles in being more fast and fun than anything you’re meant to engage with on a serious level. Give One Piece half a chance to grow on you and suddenly the antics of rubber-limbed Monkey D. Luffy, Chopper the Reindeer and Brook the skeleton-musician-thing become endearingly entertaining.

If anything, the game is too action packed, and I never thought I would say that about a Warriors game. Because the environments of this game are relatively small and often feature small enclosed areas, it can be easy to lose sight of the hero amongst the masses of enemies. It can be exciting with how filled the screen can be and use of cel shading lends the game a wonderful, colourful dynamism but it’s a deep flaw if a game can be so busy that it becomes difficult to track what’s going on. 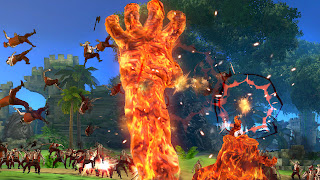 As with any Warriors game there’s a nice range of heroes to choose between – around 30 in this case – and the developers have done a good job in giving each character their one unique “feel” on the battlefield. Some take more practice to master than others, though this will only be an issue on the more difficult settings. As with any other Warriors game, button mashing to victory is easy enough on the lowest difficulty level, and so I recommend that people turn things up at least a little to challenge themselves.

While button mashing to victory can be tiring, when there’s some challenge involved it is quite easy to get hooked on the formula, and thankfully there’s more than enough content to feed that addiction. The main quest is reasonably lengthy, and there’s some great multiplayer options, including a “rescue” mode where players can jump in to another player’s game and help them out on the fly. There’s a basic levelling system that keeps the sensation of progression coming at a nice snappy pace, and each level has a range of coins to collect that help to boost a hero’s stats. Finding all those coins (there’s over 500) takes some work, as some are dropped at random, and others are locked away in treasure chests hidden in obscure sections of a level. Finding all those will take some work. 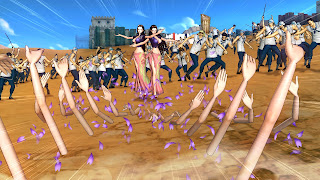 Now, with all that said, the big question with any new Warriors game is “is there enough different stuff in this game to justify the purchase?” For some, who claim the series hasn’t evolved since the PS2 era, that answer is still going to be “no.” The differences in these games from one release to the next are subtle, and it’s the fans that will appreciate those more than the casual fans. But then these Warriors sub-series are more about the franchise than the Warriors formula. The key selling point here is the One Piece characters and story. It’s an interactive manga, and that’s why people will be buying this game.

The plot doesn’t require a back knowledge of the One Piece series, though it helps give each of the characters personality. Ultimately though, the only people that would even look at this game are fans of One Piece, and the game does a good job of recognising where its potential audience lies, and then targeting it brilliantly.

Gone Home; when the narrative respects the player, everyone wins