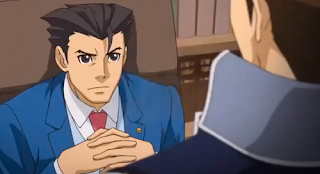 Amidst all the AAA blockbuster titles releasing in the coming months, one of my more anticipated titles has to be Phoenix Wright: Ace Attorney – Dual Destinies. It’s been a few slow years for Ace Attorney fans – not only did the 6th game in the series not see a release outside of Japan, the live-action movie has also been limited to a Japanese release.

Set one year after Apollo Justice: Ace Attorney, Dual Destinies marks the triumphant return of Phoenix Wright, who is once again setting foot in the courtroom, years after being disbarred. For the first time in the series, trials and crime scene investigations will be rendered in full 3D, with explorable environments to boot. Aside from Phoenix, players will also play as his younger partner, Apollo Justice, and his new associate attorney, Athena Cykes, who is able to analyze witnesses’ emotions.

Capcom is also planning to release a costume pack and an additional episode, titled Turnabout Return, sometime after the release of the game.