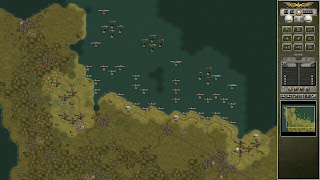 I’ve played this game before, and so have you.

Well, perhaps not this game, precisely. But certainly one like it. Allied Corps is the latest standalone expansion in the venerable Panzer Corps series, which is itself the successor to the Panzer General franchise of the mid 90’s. Tracing the thread back even further, the format is squarely based around tabletop wargaming conventions that first made an appearance in the early 19th century. Move and attack. Attack and move. If you’ve played any turn-based game – ever – you already know how it goes.

Unsurprisingly for a title with such a rich pedigree, Allied Corps delivers a solid, tried-and-tested World War Two experience. As the spiritual child of SSI’s Allied General, the action kicks off in the Western Desert in 1940 before moving on to the Mediterranean, Operation Overlord, D-Day and the push to Berlin. Each of the thirty maps presents an interesting strategic challenge, and there’s a carefully graded drip-feed of units and difficulty as the campaign progresses. By the time you reach Crete, about a third of the way through, things will have become very interesting indeed. 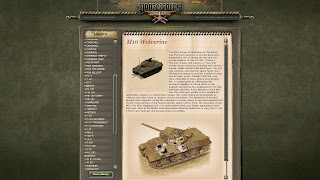 Thankfully, the interface isn’t one of the strategic problems that you’ll be wrestling with. It’s beautifully simple. Clicking on a unit shows its movement range, and hovering over an enemy predicts the results of an assault. It is, of course, much more complicated than that. The game calculates the effects of terrain, support, weather, veterancy and a whole host of other factors. However, it’s not necessary to understand these complexities in order to enjoy the game. Newcomers will find satisfaction enough in the intricate dance of move and attack, probe and defend, reinforce and resupply.

The core of the game lies in the development of persistent armies. Victories result in Prestige Points – the more convincing the win, the more points you get – and these are used to buy new units and repair old ones. After a while, you’ll start to protect your best units, risking them only when there’s a clear advantage in sight. Soon a familiar routine sets in. There’s the inevitable crushing defeat on each new map, some tweaking and tinkering to your forces, the refinement of strategies and an eventual win. It’s a game that rewards a patient and cerebral approach and, in addition to the campaign, there are hotseat, multiplayer and single-battle modes which continue the challenge. 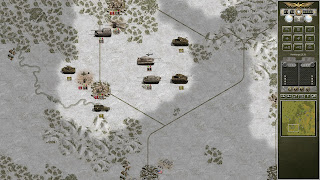 Presentation is reasonable throughout, with a limited musical score and crisp graphics that emphasise function over appearance. Be prepared for a slow start, though, as the initial desert maps tend towards blandness. In compensation, the game provides a beautifully-rendered encyclopedia of the most interesting equipment, and the clarity of the unit graphics adds some much-needed character to the battlefield.

Allied Corps wears its heritage well. Modern pretenders – Unity of Command, Battle Academy and Conflict of Heroes, to name a few – offer more visceral battles, but the core Panzer General-style gameplay still provides a worthwhile experience. Don’t expect innovation, but do expect a thoughtful game that will keep you busy for weeks to come.