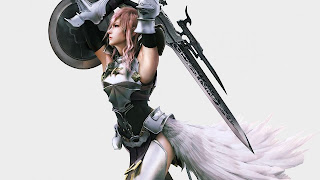 Square Enix’s quarterly results for the financial year paint a picture of a company that is just about back in the black: the company has reduced its losses by 75 per cent year-on-year.

Furthermore, that loss can be largely attributed to a one-off expense. Square Enix reported an extraordinary expense of ¥1.6 billion ($16.2m US) due to a comprehensive review of work-in-progress games. Based on that number it seemed that a number of games were cancelled and this created a cost that needed to be written off by the company. Without this loss, Square Enix would have reported a profit.

It’s also worth noting that Square Enix did not release a major game in the quarter, which would have bitten into its potential revenue.

The company’s browser and social games are performing very well, it claimed in its report. Sengoku IXA and Kaku-San-Sei Million Arthur were highlighted as especially strong performers.

Square Enix is still anticipating a full-year profit of ¥3.5 to 6 billion.

Atelier Rorona is getting a remake for PS3 and Vita? Ohboyohboyohboy