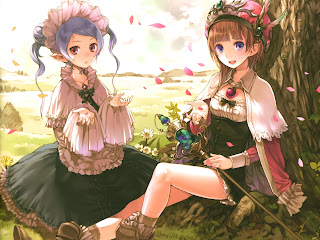 Well, colour me surprised by this news; despite being the first game in the Arland trilogy, Atelier Rorona is appearing on the PlayStation Vita last. The good news is, unlike Atelier Totori and Meruru, this isn’t going to be a straight port; the game’s getting a complete makeover.

This is just as well because as much fun as Rorona is, it was relatively raw compared to Totori and Meruru. Some elements of the game were just not balanced as well and the game struggled just that little bit more to keep player’s attention through its entire campaign.
We hope the remake fixes all this. The new Rorona has save game sharing between PS3 and Vita, and is due for release in November in Japan. Its full name (when translated) is New Atelier Rorona.
While you wait for that game, why not check out some of the other series? Perhaps Totori, or Meruru on the PS3 or Vita? Or even Ayesha, which is the start of a new trilogy. They’re all good.
Share this