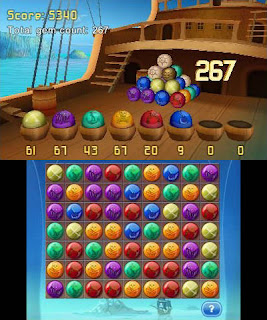 Back when I was a youngster, whenever my family would make a lengthy trip on a train or plane or some other form of transport where I was going to be sitting on my backside for long periods of time, my parents would buy me one of those puzzle books that newsagents sell for a couple of dollars.

I’d always want a comic book or gaming magazine, of course, but those would have only lasted me 20 minutes or so before I’d either finish with it or be bored by it. A puzzle book was the way to keep me occupied through the whole trip.

3D Game Collection is that kind of product. It’s cheap, and it’s not memorable in the slightest, but as a cheap little game it’s actually not bad as a light, passive, time waster.

The game throws together a dozen or so puzzle book-style games and a couple of parlour-type games. In other words, 3D Game Collection pulls together games like Sudoku, Jigsaw Puzzles, Solitaire Mahjong, Spot the Difference, Battleships, Match-3, Backgammon and Ludo. These games take place across three different themes – a space theme, a pirates theme and a flower garden theme. These themes don’t have any impact on the gameplay, they simply change up the visual aesthetic. 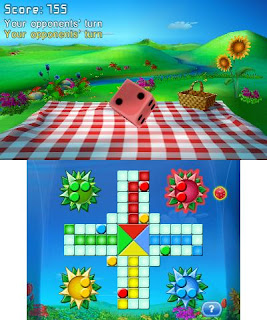 The presentation is actually quite nice and clean. Though it would be a bit much to expect the game to be stand out in any meaningful way, it does get the basics right around the interface and the ease in which to see the the critical elements on the screen. The music is quite painful in that it’s short loops, but otherwise, this is a pleasing game on the eyes.

In terms of the games themselves it quickly becomes apparent that the better ones are the ones where you’re not competing with an AI. Games like Backgammon, Battleships and Ludo are not very engaging, unfortunately, because the AI is an utter pushover for even the most beginner of players. The Match-3 and solitaire games perform better, though it’s worth mentioning that most of the games are not very replayable. The Spot the Difference games, for instance, only feature the one picture. Sure each theme has its own picture, and each time you load the picture there’s some slight changes in terms of where the differences are, but once you’ve found them all there isn’t much to replay.

That’s par for the course with puzzle books – after all, when it’s on paper it’s a little difficult for the puzzle designer to give players something different to look at the second time they come to the puzzle, but in video games there are a different set of expectations, and it won’t take long for 3D Game Collection’s collection of games that the typical player will pick up to whittle down to a small number indeed.

With that said the game developers did try to build in some replayability. Each game or puzzle has a set of trophies to earn, and the requirements for the gold trophies are truly intense. Earning trophies doesn’t unlock anything, but the point of these kinds of games has always been to challenging yourself, and therefore watching the virtual trophy cabinet grow should provide a sense of personal satisfaction.

People always approach game compilations like 3D Game Collection with a degree of cynicism. They don’t offer deep, complex gameplay and nor are they exactly cinematic. But looking past the cynicism, this game does fulfil what it sets out to do – it’s an adequate time waster and it doesn’t annoy the player. That makes it worth a look if you’ve got a couple of dollars on your eShop account and you’re about to jump on an 8-hour plane flight.