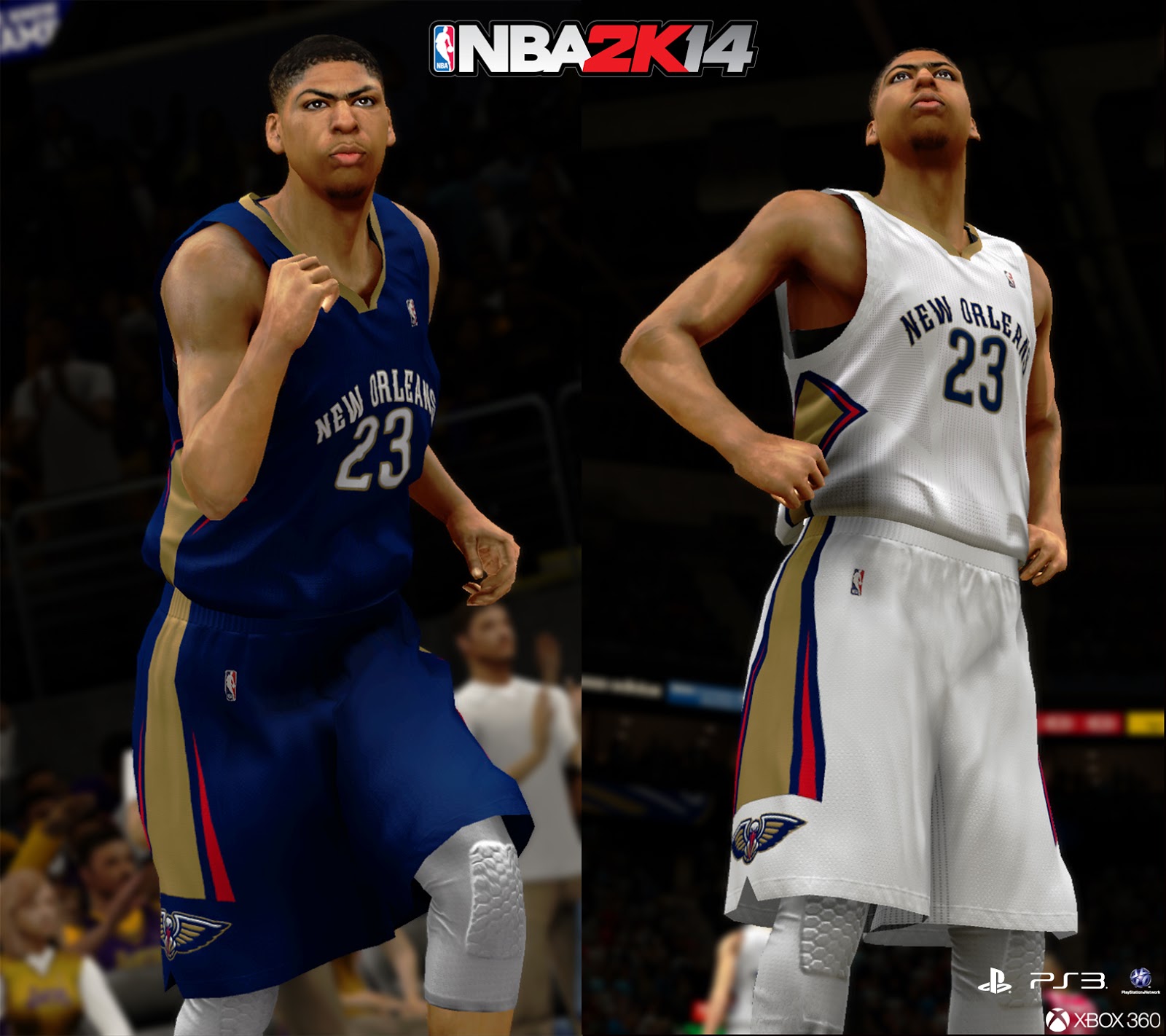 So far the off-season in the NBA has been pretty chaotic, as there have been a lot of big-name trades and signings (Howard to the Rockets comes to mind, but as a Pistons fan, I am pretty excited about Josh Smith and Brandon Jennings coming to Detroit personally).

With all of that going on lately, it is easy to miss the fact that the New Orleans Pelicans just debuted a new jersey the other day. NBA 2K14 has gone ahead and sent out a screenshot showing Anthony Davis wearing it on current generation console technology.

It has always fascinated me how critical it is for these sports games to offer authentic costumes and character stats and so forth. It’s all so superficial to the actual gameplay, and yet so much of the promotional media focuses in on it because this is what the sports fans want to see – ed.

The visuals are looking pretty good. With that said I am still looking far more anxiously toward a Jennings, Smith and Drummond fast breaking at this point. Alley-oop anyone?