American McGee’s Alice heads to the movies, A Link Between Worlds takes an artistic turn, we review the Criminal Macabre/30 Days of Night crossover Final Night, and The Elder Scrolls returns with a PC collection that’ll swallow as much free time as you’ve got.

Alice in the Otherlands

American McGee’s Alice is an interesting little series. Never a big blockbuster or pop-culture icon, it nevertheless has captured the imaginations of plenty of gamers and secured itself status as a ‘cult hit’.

The latest game in the series, Alice: Madness Returns, didn’t really fare all that well at retail either, but it did share in a bit of critical acclaim. I’ve personally never played either of the Alice titles, but I definitely do admire the art direction and how American McGee has twisted Wonderland into a bizarro version of itself.

Apparently, plenty of other folks feel the same way as the series is bound for animated film land with Alice: Otherlands. McGee’s company Spicy Horse now holds the rights to Alice and has some big plans for the character and her demented universe- very big plans. 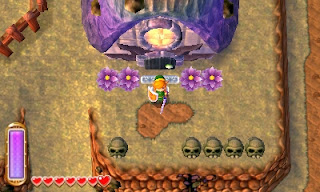 The Legend of Zelda: A Link Between Worlds takes shape

The direst sequel to Nintendo’s Super NES classic A Link to the Past is almost here for the 3DS. Here’s a shocker for you- A Link Between Worlds is looking incredible.

With visuals that look exactly how you’d expect an updated A Link to the Past to look and some very interesting new play mechanics, like allowing Link to become a ‘cave painting’, this is one that fans of elves and pig-demons probably don’t want to miss out on.

Take a look at the game in all its glory here

It’d be criminal to miss this macabre book

We took a detailed look at the forthcoming Criminal Macabre/30 Days of Night crossover book Final Night this week and were knocked back in our graves by it.

If you’re a fan of either series, or just the more mature and horror-tilted vampires that it features, this is one not to miss. Basically, the vampires from 30 Days of Night travel down the coast from Alaska and set siege to L.A. with PI Cal McDonald (from Criminal Macabre) as the only thing in their way.

It’s a fantastic read with plenty of noire action and lasting effects for both series’. If you didn’t read the miniseries that this book collects, then do yourself a favor and grab this one when it drops.

See why it’s so good here Bethesda is getting ready to take over your computer

Seriously, what RPG fan hasn’t lost tons of hours to The Elder Scrolls? The series just eats lives, one fus-ro-dah at a time.

Now Bethesda has announced a master collection of TES titles for the PC with every Elder Scrolls game and expansion pack since Arena that’s set to start the madness all over again. Yes, every one of them.