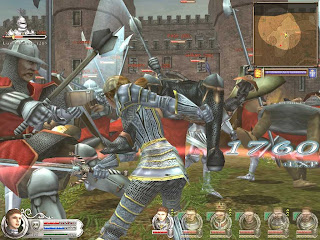 We don’t usually report on game bundles, because if we did, and reported on every single one of them, we’d be doing nothing else. But I did feel the need to report on a particularly good looking bundle for strategy game nuts.

If for some reason you are a fan of strategy games and you’re not completely lost within Europa Universalis IV yet (review coming to Digitally Downloaded as soon as we can emerge from the black hole that it’s sucked us into), then here’s a nice cheap bundle of four classic strategy games;

Warlords Battlecry 3: this is an utterly essential mix of RTS and RPG (with a heavy emphasis on the RPG, it must be said). Where similarly-themed games like Warcraft tended to get all the attention, the Warlords games have always provided robust single player campaigns and quality multiplayer action, and with 15-odd races and 30 or thereabouts classes to play around with this is a game that will last for a very long time indeed.

Capitalism 2: As the name suggests this game is all about playing Gordon Gekko and gives you a chance to stick that Machiavelli cap on and get to slaughtering your business rivals like something that would make Sun Tzu proud. If you recognised those three names without hitting up Wikipedia and like the idea of spreadsheets for fun, this is your simulation game.

Seven Kingdoms II: The Fryhtan Wars: I must admit I have not played this game, so I’ll be copy/ pasting the blurb to it instead: The monstrous Fryhtans are back with a vengeance in this sequel to the successful real-time strategy game Seven Kingdoms. In this fantasy RTS players are given heroes, 3D rolling terrains, random campaign generation, an incredible number of weapons, expanded espionage and numerous other features as they go to war with the Fryhtans. In this game the enemies are smarter, stronger and more savage than ever and it’s up to gamers to forge empires and build a military force. Taking control of any of the 12 emerging human civilizations, or playing as one of seven Frythan races, players can experience a completely different type of gameplay – a style of play where fair dealing and mercy count for very little.

Joan of Arc: This is more of a skirmish-level strategy game than anything grand, but it is all about Joan of Arc, which is one of the most interesting periods in European military history. It’s got shiny armour and halberds and primitive cannons in it, and is well worth a look in for anyone who was a fan of medieval history.

As with most bundles, a portion of the money does go to charity, in this case SpecialEffect, so if you’re keen on it and prepared to lose a couple of weeks to some classic strategy fun, follow the link below: