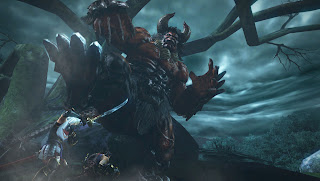 Tecmo Koei has been one of the more consistently profitable developer/ publishers in Japan in recent years. This trend continues with the company posting a 10.9 per cent year-on-year growth in sales for the first quarter of the financial year.

That growth, to 6.5 billion yen, generated the publisher a net profit of 938 million yen, or close to $10 million USD. The good sales have been largely attributed to Tecmo Koei’s “Monster Hunter clone,” Toukiden, which has shifted 300,000 units on Vita and PSP for the first month since release.

Tecmo Koei’s also got a robust social games business in Japan, and reported that its DLC sales are on the up – I’m willing to bet the inundation of bikini costumes in Dead or Alive helped there.