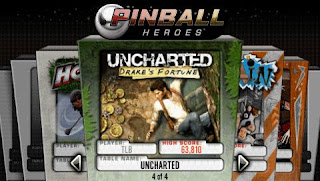 I’m not sure people realise the degree of difficulty that is involved in a pinball game. It looks simple after all; it’s a ball bouncing around a small piece of barely animated real estate.

But on a technical level, pinball is a nightmare of a game to develop. This is the kind of game where the slightest misstep in terms of physics (and we are talking about being out by as much as a thousand of a percent) is not only noticeable; it actually affects the enjoyment of the game. This is the kind of game where sure it might take place on one single screen’s worth of play field, but that screen needs to be filled with enough interesting elements to maintain a player’s interest as the in-game clock hits the hour or two hour mark in a marathon session.

And given the existence of games like The Pinball Arcade and Zen Pinball 2 on the PlayStation Vita, both of which gets almost everything right, I must admit that I am not jealous of anyone else that tries to develop their own take on pinball – that’s a high bar to top indeed. Pinball Heroes: Complete is admirable that it at least tries to offer players an alternative, but as admirable as it is, the game does fail so very, very badly. 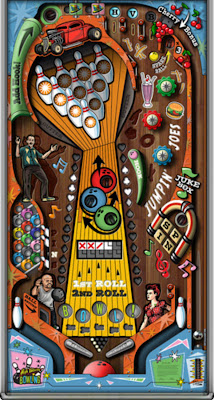 The game is a port of a PSP original, with all the standard “HD” visual upgrades that we would expect from a better-than-standard HD remake. Having never played the PSP original I can say that the game looks nice and clean on the Vita, and in a nice touch similar to Zen Pinball 2, the Vita can be turned on its side to better represent the dimensions of a real pinball table.

The tables themselves are a clever concept as they are based on some classic (and others not-so-classic) Sony franchises; the likes of ModNation Racers, Uncharted and Wipeout right down to no-name games like Pain. There’s eight of them all up, which is a nice range given the price, though pinball fanatics will get better value in the long term in buying and mastering the 30-odd tables in Zen Pinball 2.

The major problem that the tables face is that they’re just not that interesting in design. Where the tables of Zen Pinball are absolutely loaded with secret bumpers and switches, and the developers do a stunning job in encouraging players to really master the tables through the game’s quest system, the tables of Pinball Heroes are far more generic in design. There is too much “white space” and two few missions for these tables to remain exciting after the first couple of plays. To an extent this is more authentic and the Zen Pinball games are legitimately criticised for including elements that would be impossible to recreate on a real pinball table. For the most part Pinball Heroes is a more genuine attempt to create a pinball game, though that unfortunately puts it in direct competition with The Pinball Arcade, which accurately recreates some of the best physical pinball tables ever built.

Whether your personal poison is The Pinball Arcade or Zen Pinball 2, Pinball Heroes just can’t hold a candle to either. The physics of the ball floats far too much for a steel ball. There’s no option to use the face buttons as the flipper controls, just the touch screen or too-soft Vita shoulder buttons, nether of which allow for the kind of split-second precision you’d want from pinball.

Frankly, if “poor physics” and “imprecise controls” are not enough to turn you off a pinball game, then you’re probably not a pinball fan, and you would never have been interested in getting this game in the first place.