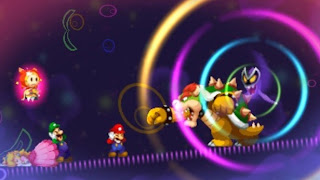 If I think carefully about what attracts me to the RPG genre and keeps me coming back for more, I can come up with a fairly definitive list of features. It’s a genre that has been my personal favourite since I discovered Dungeons & Dragons when I was about seven years old, and I know what I like when I see it.

Were I to turn it into a checklist for “a game Matt will enjoy” Dream Team Bros. would check off none of that list. And yet, despite this game being something that I should not be interested in in the slightest, I absolutely love Nintendo’s newest stats-and-loot adventure.

What I look for when I play RPGs is first and foremost a world that engages me in some fashion, and beneath that I like to play through a story that is in some way interesting within that world. It was the world-building and questing side of things that got me into the genre in the first place, as well as the sense of a gently building epic quest that takes me through a wide range of exotic locations to face down a wide range of exotic challenges. The slowly scaling sense that what I’m doing as the player is of critical importance to the game’s world at large was empowering and a delight to my imagination. 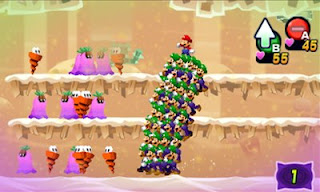 None of that is present in Dream Team Bros. This is a game that’s more interested in making players chuckle and then move on to the next key interest point. Which, on an island about the size of a typical island in Kiribati, is literally a couple of steps down the road. In fact, much of the game takes place within small dreamscapes that are over in a very short time indeed. There’s a self-referential sense of humour running through the game (including what I hope I read correctly as an acknowledgement that the “rescue the princess” plotline is no longer kosher in the modern industry), and I do appreciate a fantasy tale that doesn’t take itself too seriously, but Dream Team Bros. does not have in any meaningful sense an expansive, epic, or especially fulfilling world to explore. Where a game like Skyrim is to be lived in with its wonderful lore and history, Dream Team Bros. is simply to be played through.

With most RPGs, assuming I’m interested enough in the world to start playing, what I like to see next is interesting characters. In western RPGs that means I want a wide range of customisation options so I can build my dream team. In Japanese RPGs I want characters that are attractive, well-written and preferably sit somewhere above being absolute cliches. Characters are important to me because if I’m going to spend 40-50 hours with someone – even if that someone is a digital avatar – I want to either like them, or love to hate them. 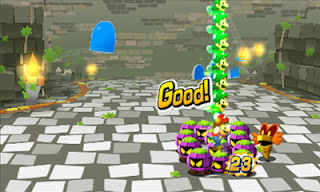 At risk of being really controversial here, Mario and Luigi are not interesting characters. They’re timeless characters and products of some obscenely brilliant design work by Mr. Miyamoto, but they’re empty shells designed for platformers, not RPGs. There’s no real sense they interact with those around them – they’re simply directed from one “job” to the next in a “the princess is in another castle” style of dialogue. Both Mario and Luigi are caricatures of Italian humour, but there’s no depth to these characters; no real back story, no sense that anything motivates them beyond the fact that if they don’t do something then the game doesn’t continue. Both Mario and Luigi are playing pieces or tools for the player to wield, not characters to identify with in some fashion.

Once the world and characters have drawn me in I like my RPGs heavy on the strategy. The genre has generally veered towards the side of action in recent years, but back in the day players were required to crunch numbers, cleverly use the resources to hand and otherwise think tactically about how to work through the tougher encounters. Those few games that still do that now almost always get my undivided attention. 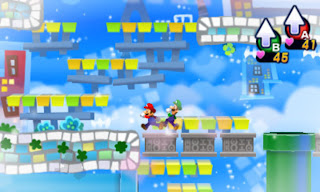 Dream Team Bros. is almost the exact opposite here too. This is a game where resources are plentiful and combat is more about memorising enemy patterns and exploiting their weaknesses in real time than strategically planning out how to take them down. It’s an action-heavy system and I’m in no way saying it’s easy – in fact on a couple of boss battles I needed to retry multiple times – but the game pushes the statistic crunching right to the background, and customisation doesn’t really extend past buying the best weapons and armour and sticking it on the brothers.

That’s also not to say that the game itself lacks for smarts; it’s filled with puzzles that require just enough logic to work though without being so abstract to be frustrating. It strikes an excellent balance (as has every Mario RPG before it), and it must be said the layout of the levels is breathtaking in the way they are designed and how they encourage players to explore them in full to find everything. But the combat itself is entertaining while not being as deep as I would like. 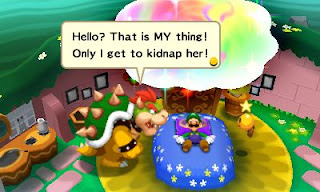 Though Dream Team Bros. offers none of what I typically like in a JRPG, I also can’t stop playing it. I’m not even sure why. I know I have had a big grin on my face for every second I’ve had the game on, and I never found myself waiting for the next part of the game to open up, or frustrated that I wasn’t making progress.

The reality is that this game is so slick and comfortable with what it is offering that it is irresistible. Nintendo knows that variety is the key to success here, and so enemy attack patterns are never really repeated, and every new area brings with it a few battles of sheer curiosity as players figure out what they need to do to counter the enemy attack patterns. Because there are no respawning enemies or random encounters there is no need for players to grind up levels to manage difficulty spikes because the developers were able to scale the challenge level precisely, knowing full what level the player would be at that point in time.

More than anything else, though, the presentation of Dream Team Bros. is impeccable. The game is gorgeously bright, and though characters and enemies are simple in design, they’re also filled with charm. The music is equally bright and happy, and the game’s sense of humour is worth a laugh out loud or two. 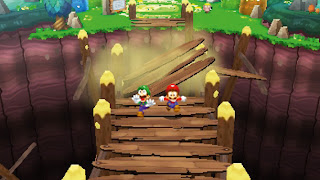 If I was to criticise anything in the game it is Nintendo’s modern penchant to force players to use the gimmicks of its hardware. Did we really need a special attack that demanded the use of gyro controls, with no way of using regular buttons instead? No we didn’t. I don’t know why Nintendo is so gung-ho about pushing these features, but for people like me who want to kick back and enjoy a relaxing game, we don’t want to be fighting with the controls, thanks.

That tiny issue aside, Dream Team Bros. is a game that offers me nothing that I look for in a typical RPG, and perhaps that’s precisely why I enjoyed it so much. It’s pure fun; nothing more, and certainly nothing less.

Show report: The first-ever PAX Australia. The first of many (we hope)

Review: Attack of the Friday Monsters: A Tokyo Tale (3DS)