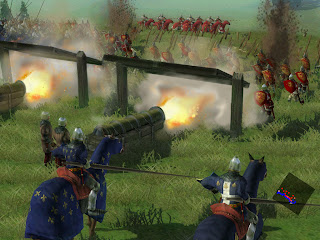 There are no shortages of quality strategy games on the iPad. But that’s now. It wasn’t long ago that that was not the case at all.

There was Civilization Revolution, which was certainly the finest portable version of that game, but it has only been in the last 12 months that the more serious strategy game fans have had titles like Combat Mission Touch, Battle of the Bulge and XCOM to really satisfy that itch for serious strategy on the go.

Slitherine have been specialists in that exact genre for years over in the world of PC gaming, and now Great Battles Medieval joins Battle Academy and Legion in its iPad strategy. As with Legion this is a fairly old game that has been around on PC for years, but by no means is it outdated. It is, in fact, still good fun for strategy fans, even if it lacks the production values to convert genre newbies. 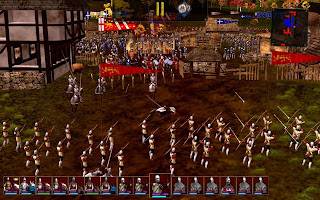 At a very basic level Great Battles is a riff on the Total War series. Players take control over armies, split down into units, in a mix of turn-based and real-time strategic play. After a brief tutorial players will be pausing to issue orders and then hitting play to watch the commands play out in real time like professional Napoleons. The interface all works nicely and the game controls well. Conflicts can become very large in scope though, and it will take a great deal of tactical understanding to be able to manage all flanks at once after an engagement kicks off in full – especially as players will need to look for opportunities to exercise flanking manoeuvres to keep losses to a minimum.

Between battles players can buy new equipment for their units and level them up with unique skills as they gain combat experience. It’s fun to watch your armies grow and diversify with experience, of course, and there is just enough diversity that there is replay value in trying out different combinations of units and skills. 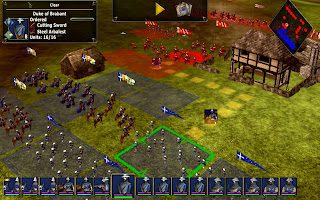 Unfortunately for people looking for instant gratification, unit development is subtle. While the army you field at the end of a campaign will be markedly different to another person’s army, and that is entirely due to the levelling and customisation decisions that each player will make throughout, it won’t always feel like you’re making a lot of progress. The unlockable skills have fairly substantial impacts on the spreadsheets operating the background, but aren’t visually reflected in game. In fact, the game in general will be fairly ugly to people who are not fans of tabletop wargames. For people that are there’s an appealing aesthetic in that units and environments do look like the kind of models and tin soldiers they would buy or make for themselves.

As a consequence of being a largely cerebral game with minimal visual feedback, it’s hard to imagine people who are not fans of hardcore wargames getting into Great Battles. At the same time, as a wargamer, it’s difficult to reconcile the enemy AI, which is just not dynamic enough to keep experienced strategy nuts on their toes. Beyond simply charging into the fray, or making some very obviously projected flanking manoeuvres, Great Battle’s enemy generals are a remarkably uninspired lot. 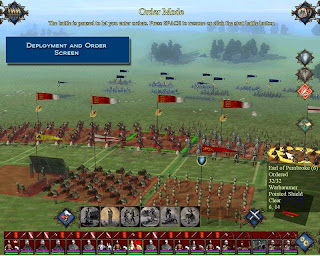 From another point of view there is a great deal of content in here that would be of interest to the armchair generals, and it shows the strength of Slitherine’s focus that it is able to find something to offer its niche demographic even when technical constraints prevent it from achieving perfection. Sprinkled liberally throughout the game is footage produced by the History Channel that walks players through one of the most fascinating periods of warcraft in European history. There’s nothing in here that is going to be new information for history buffs, but it’s an interesting summary nonetheless.

Overall it’s a good thing that these kinds of games are coming to the iPad. Great Battles doesn’t hit the production values of a Total War game, but it offers enough in its own right to be a fine addition to the iPad’s expanding credentials as a strategy gamer’s delight.