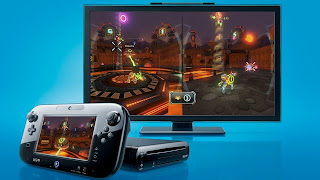 Two things are very apparent; Nintendo’s Wii U is never going to be the relative success of its greatest selling consoles – the Wii, SNES and various handheld devices. It’s also not going to bankrupt the company.

It is, in fact, very likely that the device ends up being like the PlayStation 3; a console that takes its time to build up, but by the time of the next generation it will be looked back as a solid success. This failure, relative to the expectations of the market and Nintendo’s shareholders, is the best possible thing that could have happened to Nintendo as it will focus the company into some very positive directions in the future.

Currently, Nintendo’s approach to the market has been very internal and insular; what Nintendo thinks will be a good idea is what Nintendo has done, regardless of whether it acknowledges the changing tastes or desires of the mass market.

We’ve seen this manifested in any number of small irritants that people have with the Wii U; the region lock kicked off a mass petition initiative amongst fans. The fact that downloads are tied to hardware rather than accounts is rightfully seen as a major cause for the relatively slow uptake of downloadable games on Nintendo devices.

It goes on – Nintendo’s devices are not connected, allowing people to transfer their Virtual Console purchases from the 3DS to the Wii U, for instance. Nintendo struggles to engage effectively with third parties – especially those in the west. Though the company is improving its engagement with independent developers, it appears that it’s only those indie developers that it actively approaches really understand that it has changed its policies.

None of these issues are a major problem in itself and no product is perfect, but pulled together the Wii U is a little like a low-key Xbox One; its a console that was designed with Nintendo’s own vision and corporate policies in mind and working on the assumption that people will buy it regardless of what they will consider to be anti-consumer.

Because the demands that Nintendo is making of its customers are nowhere near as damaging in terms of PR as those that Microsoft made, the conflict with the consumers has been less violent, but it has been there nonetheless. And this is why it is a good thing that the Wii U is not going to hit the numbers that Nintendo might have initially hoped for.

By not hitting the numbers, Nintendo will be forced to rework its innovation – away from hardware features that people are largely done with, and focus instead on innovation in digital services and functionality, which is what people are currently buying, and it is these services and functionality that take a good product and make it indispensable.

By not hitting the numbers, Nintendo will take a closer look at the way it does business next generation. I realise it is much too early to get excited about what is to come, but this shot of reality after the Wii highs will dominate its next gen strategy.

And with the way that Sony has approached its PlayStation 4 after the lows of the PS3, the potential for a Nintendo rebound is exciting stuff indeed.