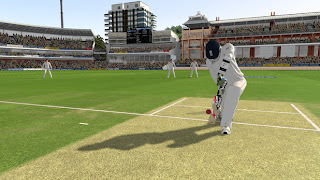 As we recently reported, the upcoming Ashes Cricket game had been delayed, and missed a launch window that was pretty critical for the game; the Ashes tournament.

Now it looks like whatever bug prevented the game from hitting that launch window was a whopper; the game’s been delayed to the next Ashes competition. Unusually there are back-to-back Ashes competitions this year and the next competition is in November, but it’s still a major delay that will be problematic for the game’s potential in the market – where previously it would have had two Ashes in the one year to sell a second wave of game copies, now it’s only getting one bite of the cherry.

It also means the game will release around the same time as Cricket 14, when previously both games would have enjoyed a release of some months between them.

The game’s publisher, 505 Games, went as far as to admit this will be a problem. In a statement, Tim Woodley, Senior Vice President Global Brand & Marketing for 505 Games, said: “It is hugely disappointing that 505 Games has had to make this announcement today. We all had high hopes of bringing out a stellar cricket game during the first leg of this unprecedented Ashes year. But the fact of the matter is, we took a long hard look at the game as it stands and decided it simply wasn’t good enough in its current state. It was simply not worthy of the Ashes name.”

I hope the quality of the game is brought up to standard in time for the second release, because I’m really aching for a good cricket game here.