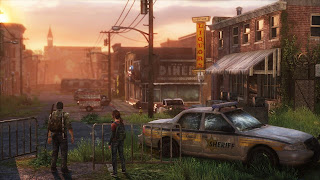 I just want to get this out from the start: The Last Of Us is an incredible game. Naughty Dog’s finest title, to be sure, and if you’re looking for buyer’s advice, just skip the rest of this review and look at the score at the bottom. Suffice to say, the game is essential.

But, everyone else has already reviewed the game and the chances are that if you’re reading this you’ve either already got the game, or made up in your mind whether you will be buying it. So instead of covering the pros and cons to a game that doesn’t really have any technical cons, I thought I would instead discuss a broader narrative about the game. Specifically, the fact that many critics seem to mistake The Last Of Us as some kind of pinnacle of artistic achievement.

Empire magazine, one of the finest film magazines out there, even went as far as to compare it to the single most important and influential films of all time, Citizen Kane. These critics as a collective need to take a good hard look at themselves and their ridiculous hyperboles. The Last Of Us, as utterly brilliant as it is, is popcorn entertainment. It’s a blockbuster closer to a Bond film or The Avengers than Citizen Kane. When you consider the great works out art out there – Shakespeare, The Mona Lisa and yes, Citizen Kane, The Last Of Us simply does not belong to that club. 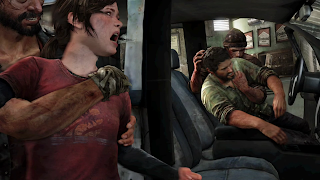 Let’s consider for a moment what we generally mean when we talk about “art.” Art is, of course, a subjective thing and what is one man’s art can be another’s consumerist trash, but generally speaking what separates a film like Citizen Kane from one like The Avengers, or what separates a random doodle of a woman to the Mona Lisa is a universal commonality that is tricky to define, but can be best summed up as deeper meaning.

So what makes Citizen Kane art? The infamous Rosebud, for a start. That single word, left so deliberately ambiguous in that brilliant film, has been the source of debates, PHD papers and academic careers for decades now. Because it’s so ambiguous there’s no one single meaning that can be attributed to it, and as a consequence it becomes a launching pad to look at the other themes of the film, and also the socio-political and economic climate that brought the film into being. 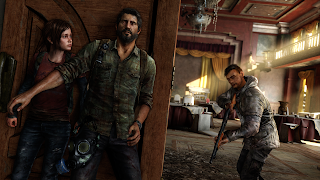 There’s nothing ambiguous about The Last Of Us. There is no meaning that isn’t spelled out in very well written, but very straightforward text. There’s no emotions that we as players aren’t told to feel, and there’s no mystery about what’s going on in the game. There isn’t even the scathing social commentary that we see in some of the finest zombie movies of Romero’s, despite the game being, in part, a zombie narrative. The Last Of Us simply takes the darker ideas of those same zombie movies, throws in a dash of the commentary on human nature found in Cormac McCarthy’s The Road, and presents it in a more palatable form than any of the inspiration the game pulls from. This is the very definition of a blockbuster. The more ambiguity you work into a text, the more likely it is that people won’t “get it” and therefore a film, book, or game that is too “out there” will be ostracised. That naturally doesn’t fit with the economic models behind blockbusters, and so instead we as players are treated to something where every meaning and every message the game wants to convey is nicely spelled out to us.

This also plays out in the game’s design. Every step of the path that players follow is carefully constructed to keep them moving forward while presenting a nice variety of challenges and opportunities for empowerment. Broken down to its very core, The Last Of Us is no different to any other modern shooter where players are directed down a path and into a larger area with some enemies to overcome, and then directed down the next path, with little room for exploration. Where the game pulls away from this model popularised by Call of Duty and company is that it never feels artificial. The stealth mechanics help to give players a solid sense that they have greater freedom than in most other games, and the levels themselves are designed impeccably to feel like they belong. 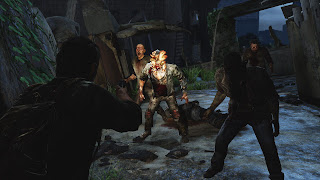 Naughty Dog claimed that through development it wanted to make sure players felt like they belonged to a living world, and it achieved that. Run down buildings looked like they were run down in a way that conforms to the various laws of physics. Objects that players can hide behind feel like they belong there, neatly side-stepping the challenge that many shooters face whereby cover feels contrived from an environmental point of view (“there’s a table sitting THERE?!?”). Stuff goes on around players that they can’t interact with and has little to do with their adventure, but is there because it should be there. These little touches count the world over in terms of production values, and I can’t think of a game with a better world than this one.

But it’s still all designed to work players down a linear path and to experience a linear narrative where there can only be one true meaning. Ultimately it’s an effective narrative and it pulls on the heartstrings like few other blockbusters can, but it’s still a story where players don’t get to make any meaning out of it for themselves. 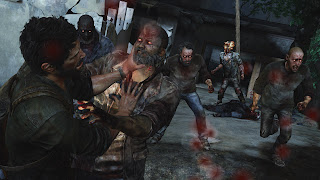 Ultimately The Last Of Us takes the old way of making games and refines it to perfection. I couldn’t put the controller down as I played the game, but I was never surprised by anything either. I could expect, with near perfect accuracy, when I was safe, and when to expect a combat challenge, simply because the moment the area opened up, I knew enemies were on the way.

I was challenged – never frustrated, but challenged – because when this game wants to be tough, it is indeed tough. But I was challenged in terms of my skills as a gamer. When it comes to art I like to be challenged on a moral and intellectual level, and that didn’t happen here.

And perhaps at the most basic of basic levels, the comparison between The Last Of Us and any artistic text is flawed for a very simple, but very relevant reason; a good work of art challenges the audience, and therefore a portion of the critics and community that witness it will also dislike it greatly. Citizen Kane was a commercial failure on first release. What is and isn’t fun is far easier to assess on an objective level. Just as The Avengers was near-unanimous in its praise (and for good reason, it was fun), so too is the gaming equivalent. The Last Of Us is brilliant fun. Nothing less, but also nothing more. 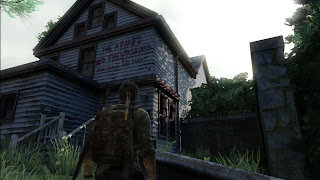 And it must be said that I highly doubt anyone at Naughty Dog was even trying to make art. Not with that budget, and not with the concept that drives this game. Naughty Dog was simply striving for – and achieving – perfection with the most popular formula currently doing the rounds in the games industry.

I do hope that game critics and the game community doesn’t start holding this up as an example of “games can be art.” It’s woefully (knowingly so) inadequate for that task, and if gamers start sticking this title in the broader art discourse, the other arts are going to continue to treat the games industry as that cute little kitten than growls and hisses and thinks its tough, but can be shut up with a saucer of milk.