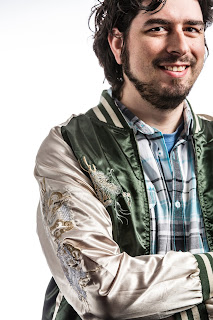 One of the interesting Australian indie developers is Green Stripe Snake, a one-man project fronted by Ben Kosmina. Its three projects; MacGuffin’s Curse, Jolly Rover and Pirate Blast, are fascinating in that, not only are they fun games in their own right, but they are far more than one-man projects.

See, Kosmina has a business model where he builds games in collaboration with other developers. It’s a model similar to what we see in the film industry and big-budget game development studios, but to date the vast bulk of the indie developers commit to building games internally.

The Green Stripe Snake model, however, allows bigger games to be built and collaboration allows for a broader range of talents to ensure the game concept is as polished as possible.

Digitally Downloaded say down with the man behind Green Stripe Snake, Ben Kosmina, to chat about his vision for game development. Especially interesting in his perspectives on what each of the console platform manufacturers have to offer indies – it does indeed look like Sony’s doing the best job in engaging with the indie mindset right now.

Digitally Downloaded (DD): What inspired you to launch Green Stripe Snake?
Ben Kosmina (BK): I’ve been in the industry for a while now, but for a lot of it, as with many other people in local game development, I was working on licensed properties, with little to no say or flexibility in what was made. Creative frustration is not something you want to experience for your entire time in a creative industry, so when I was offered the chance to work independently, I took it. Initially I was working as a sole trader, but then I formalised the whole thing with Green Stripe Snake. 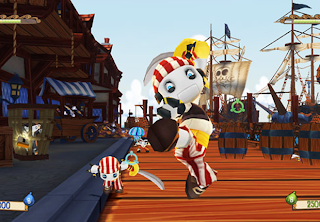 DD: What would you say are your strengths as a game developer?
BK: I’d say my biggest strength lies in writing. I love to create worlds, characters and situations, and games that are geared towards storytelling are certainly my focus because of that. As well as that, being independent means that, like it or not, I’ve had to learn how to negotiate and communicate more often with people. I also find it’s quite important to meet face-to-face regularly, either literally by meeting up, or through Skype if they’re interstate or overseas. I’ve found that most problems during development could have been discovered much earlier if there was more face-to-face communication.

DD: How do you decide on what projects to work on?
BK: I think it’s important to work on projects you’re going to enjoy, otherwise you’re not going to give it your all and you may as well be working on a licensed title if you don’t care about what you’re working on. Working with people who exhibit confidence in their goals helps too. And while location is not necessarily a factor, I do prefer to be able to visit the people I’m working with. I like to meet face-to-face every so often, to make sure that we’re all on the same page and, well, just to get out of the house and be sociable! 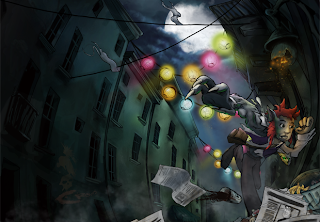 It can be both your greatest advantage and your biggest weakness, depending on what’s happening. If you don’t have enough discipline to work at home, you may find yourself popping out to check the mail, hanging out the laundry, making umpteen cups of tea, and then writing off the rest of the day. You can also potentially be the opposite of lax, and overwork yourself, never getting out of the house, and never separating your work life from your home life. And that just makes you sick.

But the benefit of being able to set your own hours, flex off without having to beg a company to slot you in for free time, and be, you know, a person, is incredibly advantageous. It’s amazing how much you miss it if you have to go back to a “regular” job.

DD: Both Nintendo and Sony have highlighted a desire to work more closely with indies. Do you think that console development is something you would consider? Why/ why not?
BK: Console development is something I’d love to get involved in, if I can afford to! The biggest factor is always cost. PC, Mac and iOS development is much more accessible due to the development kit cost (or lack thereof). That said, Brian Provinciano mentioned that his most profitable platform was PSN, which was not discounted as much as Steam. I think gamers on consoles are more eager to buy a game – Nnooo has had a positive experience with escapeVektor on the Vita as well, I believe. If I had to pick, I’d prefer Sony – they were much more approachable (Nick Suttner is an awesome fellow!), and, as a consumer, PS Plus has completely won me over. To the point where I have completely turned off my 360 – I just don’t use it at all, now!

By comparison, Nintendo seems to be saying the right things, but I do remember hearing that when I was at GDC and they announced the DSi. They were saying that they wanted to be more dev friendly then, too, but when a couple of us approached them after their talk, we were dismissed pretty quickly. I’d like to think things have changed since 2009 – I hope they have! – but, it still seems quite difficult for a developer to get in touch. Especially if they don’t live in Washington. 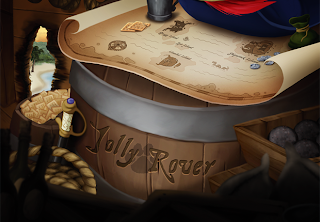 DD: Setting up your own business is a financial risk – how can an indie developer minimise the financial challenges when setting up their dream business?
BK: Don’t start too big! Be realistic about your goals, plan something that you can afford to do, and remember to factor in the cost of your TIME when budgeting. As the old saying goes, Time is Money, and a lot of indies seem to forget that. And, of course, if you’re planning to make a game, see it through to the end. Finish making a game, and release it. Actually releasing a game is the biggest hurdle, and a lot of indies don’t even get that far. So make sure you’re one-up on them!

DD: Interestingly, though you’ve worked on three games to date, you haven’t been the sole developer on any of them. What has attracted you to the collaborative design process?
BK: To me, the parallels in game development and film development, in terms of their history, have been quite striking. Particularly where we are at the moment, with the AAA behemoth devs needing to maintain the status quo for low-risk, compared to the independents, who do whatever the hell they want on smaller budgets and lower risk, and with great passion. I formed Green Stripe Snake around the period when a lot of big local game developers simply collapsed. My intention with the creation of the company was similar to that of modern film – you hire specialists in particular fields for a particular project, and then move on. I think it creates a lot more flexibility in terms of what developers are able to do – they can choose to create a smaller project, or team up for something a bit more epic. 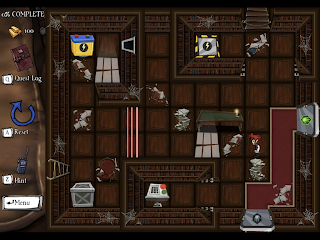 DD: Which game developers inspire you the most?
BK: It’s tricky. There are so many talented people out there (a nice cop-out, eh?), but I’ll list a few that really stand out for me. Tim Schafer and Ron Gilbert, I love seeing whatever they’re up to. Keita Takahashi sounds like a wonderful person and would be incredibly exciting to meet. Shigesato Itoi for Earthbound and Mother 3 (you know, those highly acclaimed games that never got released in Australia – thanks Nintendo). Shu Takumi, an excellent storyteller and game designer – certainly something I aspire to be. Chris Seavor, for being able to take command of a dull as dishwater platformer and turn it upside down into an hilarious parody of film and video games.

There are definitely more that I could go on and on about, but honestly, that’ll end up being another article on its own if you let me.

DD: Finally, what games are you playing at the moment?
BK: Oh blimey, I’m all over the place, all the time! I recently got the new Animal Crossing, and am immediately in debt thanks to Tom Nook once more. I’d forgotten how pleasant that game was though, it’s great to just chill out in a tiny virtual town populated by quirky animals. I’ve also been giving Phoenix Wright another crack thanks to the iOS HD re-release, and that’s still as good as I remember. Highly recommended!

Finally, I’ve been dipping in and out of Ron Gilbert’s new game, Scurvy Scallywags. A neat mash-up of match 3 and a sort of fighting game, where you build pirate ships and search for sea shanties that give you special powers. Oh, and they sing the sea shanties when you find them.

Review: The Last Of Us. No, it is not gaming’s “Citizen Kane,” but it is awesome fun