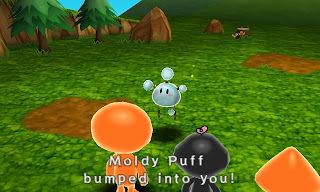 The original Denpa Men game was a charming, if somewhat shallow dungeon crawler with a cute AR gimmick for acquiring the weird men-things that would do the fighting and adventuring on your behalf. Ultimately it was charming, but lacked the all-important sensation of context to make the adventuring really stand out.

The Denpa Men 2 resolves that issue in a succinct and clever manner. By wrapping the same style of dungeon crawling and Denpa Men-collecting gameplay within a 8-bit style RPG overworld and plot we finally get that all-important context that makes the genre so engaging. Yes, the plot doesn’t amount to more than “save this person, then travel there,” but when that’s played out in a world that kinda resembles an early Final Fantasy or Dragon Quest map, there’s an undeniable nostalgic thrill of exploration thrown into the mix. And as a result, Denpa Men 2 feels more like a full-featured game and less like a quirky experiment. 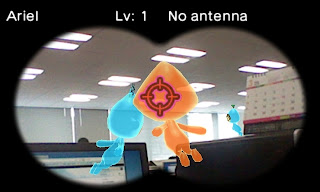 In most other respects the game is an exact copy of the previous title. The first thing you’ll need to do is head into the game’s AR mode to look around for some Denpa Men to capture. Similar to Pokemon Dream Radar or Spirit Hunters, this mode plays out through the 3DS’ cameras, and tasks players with tilting and panning the 3DS to line a Denpa Man up in the sights and then firing a “net” to capture him. He’ll then join your growing team to set out in quests.

It’s impossible to do this with the 3D effect on without causing serious headaches, though the rest of the game has a pleasant 3D look to it. I’m not a fan of games that force me to keep sliding the 3D on and off, as it breaks any sensation of immersion, but that aside, this AR mode is a pleasant way to mix up the Pokemon-style “collect ‘em all” theme. 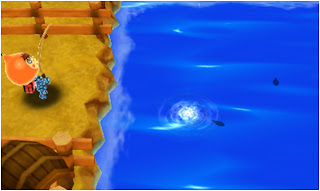 The game’s strategy comes into play with the fact that each individual Denpa Man has a very limited skillset. Exploiting enemy weaknesses is as critical in this game as most RPGs, but the twist is that each Denpa Man only has the one skill to draw on. So you’ll need to keep tweaking your party to adjust to the environments and the enemies you face. And of course this means you’ll need to keep going into the AR minigame to try and find some more to better tailor your team. Because the game suffers from challenging difficulty spikes mastering this deceptively deep mechanic is critical for success. The addition of the ability to upload and download teams of Denpa Man from an online portal to really test the strength of your setup is a nice touch in fueling the competitive flames and extending the longevity of the story once it’s done with. 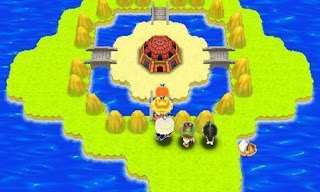 In terms of presentation the overly bright colours and sickly cute Denpa Men, coupled with the chipmunk voice acting and bounding music is almost, almost too much. As it is I ended up playing the game with the sound turned down as the music wasn’t good enough to compensate for those irritating voices, but I could manage the visual side of things – equipping items on the Denpa Men to see their capes and charms appear on the characters was a nice touch in terms of building the impression that these were my little critters.

There’s a couple of nice distractions added into this sequel to help give players a break from what would at times became a repetitive grind in the first game. Both the gardening and fishing are features that we commonly see in JRPGs now, and both are well-implemented here. Coupled with the StreetPass and aforementioned online RPG mode, and this is clearly the game that the first Denpa Men should have been.

I’m hoping the developers see the potential for this franchise to grow beyond the 3DS – I have a funny feeling that the Denpa Men on the Wii U could be something spectacular.

– Matt S
Editor-in-Chief
Find me on Twitter: @DigitallyDownld
And also on MiiVerse: WaltzIT

Screens and a trailer for Super Heroine Chronicle