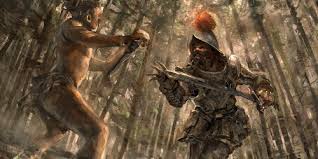 I’ll start off by saying Expeditions: Conquistador isn’t a game for everyone. It’s a tactical role playing game that takes real dedication and patience and as a gamer who isn’t familiar with this sort of ground, it took hours to become comfortable with the complex variety and attention Conquistador demands.

You play as a Spanish conqueror aiming to settle a colony in South America. The storyline is simplistic and easy to understand in the beginning but things soon become more complex due to a ridiculous amount of dialogue that gets thrown at players. That said, it’s enjoyable to follow along because the plot is well written and remains appropriate to the story throughout. 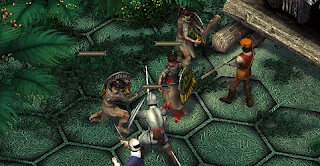 There’s an emphasis on resource management and exploration that Conquistador makes apparent early on in the game. Trading goods amongst natives and settlers is essential for wide-ranging exploration trips, which tend to chew through a lot of provisions. These goods are earned through a trading system that itself is dime-a-dozen, but it’s used so often in games because it works; depending on where you’re buying, selling, or trading, will determine what goods will be discounted to purchase or have increased value when trading and/or selling. Receiving resources can also be achieved by accomplishing the multitude of side quests available if you want a break from the trading.

Exploring outside of a ‘free zone’ will start the tactical exploration system of the game. Here, you’re limited to a set amount of moves before you’re forced to set up camp and manage your resources and aid your allies to do specific tasks to benefit your position. 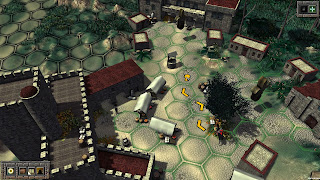 The difficulty definitely separates the men from the boys. I’m the prime definition of a newcomer at tactical RPGs, and I had some hard times conquering my enemies later in the game. The enemy’s AI is fairly clever and executes on realistically thought out strategies. I can’t tell you how many times the enemy purposely targeted my stronger soldiers before I could make use of their abilities. My medics were usually killed before I knew it, which led to an unbearable struggle.

The aesthetics are appropriate to the theme of the game. The art style fits and provides immersive visuals. Character animations look detailed enough to fit the bill but nothing revolutionary, environments are thoroughly detailed, and the miscellaneous objects that are littered around the place are suitable, well placed, and definitely enhance the Southern American setting. 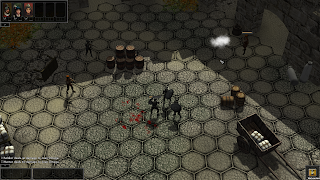 Its score is a completely different story. I went through most of the game without ever noticing how lackluster the soundtrack is. It definitely suits the overworld and battles in a predictable way, but that’s all it does. I believe if there was one aspect that felt more shallow than all the others, it was Expeditions: Conquistador’s quiet, irrelevant soundtrack.

When it comes down to the boiling point, Expeditions: Conquistador is a highly recommended tactical role playing game. Its complicated (yet fair), learning curve is enough to justify a purchase from fans of the genre.