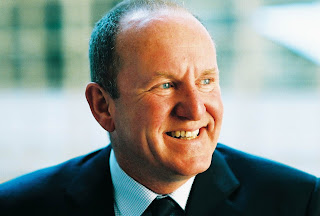 It never ceases to amaze me how games journalists manage to spin a single out of context quote into a click-baiting article, since it rarely leads to a story that provides accurate information to the reader. But it happens, and Ian Livingstone is the latest victim of this “journalistic practice.”

Livingstone, one of the most senior games industry veterans and current Life President of Eidos, during a presentation for non-profit Bristol Games Hub was quoted saying “Nintendo should have their IP on every platform. Otherwise a whole generation of young people will miss out on their games.”

As a journalist, this quote immediately raised a whole host of questions. Unfortunately I can’t answer them for you because I didn’t attend the event, and equally unfortunately the journalists that did attend the event didn’t get them answered either. Question number one: Bristol Games Hub is a non-profit dedicated to the development of the games industry in Bristol. It’s an organisation that allows independent developers to share office space. Why would Livingstone be talking about Nintendo at all in that context?

Even assuming that there is context built around that throwaway quote and the media has just managed to avoid reporting on the actual story and what Livingstone actually said, the broader, more important, question number two is why would Livingstone adopt this perspective?

It’s simple, really. Livingstone understands the games industry better than the people who made the many, many comments that these stories have generated.

The key is the second half of the quote: “Otherwise a whole generation of young people will miss out on their games.” Why is this important? Because when you unbox what keeps Nintendo a viable, thriving business it is the nostalgia factor. Adults continue to buy Nintendo games because they grew up with Nintendo games. Ignoring for a moment the new, casual play customers that the Wii picked up with Wii Sports and Wii Fit, the other half of the Wii audience – the Nintendo faithful – were actively marketed towards through the nostalgia factor with that console. There were those ads with Robin Williams reminiscing on being a Zelda fan for so very long. There was the 25 Years of Mario anniversary and associated game releases and promotions. Who were these targeted at? The people who have been playing Mario for 25 years. Even the naming of some games – The New Super Mario Bros – is a direct play on people’s history with Nintendo.

For this long-term marketing strategy to work, as a company Nintendo, more than any other, needs to acquire their customers young and start building that emotional relationship between customer and company that Microsoft and Sony have no hope of developing. Otherwise there simply can’t be the nostalgia as the people get older.

In other words it’s an issue of branding that Livingstone’s quote talks to, and there’s merit there in his comments, since what Nintendo needs to do has nothing to do with it selling hardware. Nintendo’s strength as a business is in its ability to use a large stable of franchises and characters to sell software and consoles. But for Nintendo to be able to do that, new (i.e, young) customers need to be exposed to the franchises and characters first. The best way to expose these young customers to the franchises and characters? Virally. Using platforms that they already have and are using both at home and at school. Like, say, the iPad. Once the youngsters have fallen in love with Mario and Zelda then you can start selling them hardware, and they’ll buy it because they want more Mario and Zelad.

It’s worth highlighting that Livingstone didn’t suggest Nintendo should get out of the hardware business in that brief quote of his. I don’t know why this needs to be an all-or-nothing thing in the minds of fans, but there are so many things Nintendo could do with other game platforms that wouldn’t require the next 3D Mario game to be a cross-platform release. A well made Mario endless runner on iOS would be a wonderful marketing opportunity to sell the next 3D Mario game on the Wii U – and sell more Wii Us in the process. Nintendo could take notes from Ubisoft, which has done a brilliant job in taking its franchises and using iOS as a way to continue to engage with customers even when they’re not playing the “main event” on the consoles.

Look at the viral marketing that was achieved through the ZombiU app. Or the success of the Rayman endless runner minigame on iPhone. Nintendo could buy a small mobile development studio and, at no cost to the rest of the company’s resources, engage with the mobile audience to get them engaged with Nintendo’s franchises, and whet their appetite for the next big Zelda game on the Wii U.

There’s a point – somewhere around the point when the entire industry insists that it would be a good idea – when the stubbornness of a company like Nintendo to stick to the “old way” goes from being plucky and determined to become, simply, stubborn. Nintendo is there now, and as Livingstone and just about every other veteran has now pointed out, it is missing out on really big opportunities by being so stubborn.