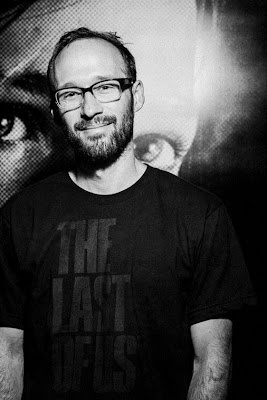 “It’s tough any time you try something new.” Naughty Dog Game Designer, Ricky Cambier knows the creative challenges behind new IP more than most; he’s one of the minds behind arguably the year’s biggest new IP, The Last Of Us.

A game that focuses on survival while balancing action and horror elements, The Last Of Us is a big creative risk for the team following up on the runaway success of the Uncharted series. Not only are they going to be competing with the other games on store shelves, they’re going to be competing with people’s own impression of what a Naughty Dog game is. On top of that, The Last Of Us is a substantial departure from the fun adventures of Nathan Drake; this is a game with a palpable menace and darkness to it. In fact, in Australia, it’s the highest-profile R18+ rated game to date.

Even more worryingly from a commercial point of view, as far as creative risks go, other recent attempts to balance horror and action in big blockbuster games with big blockbuster sales expectations have underperformed significantly. The gaming community is essentially looking to The Last Of Us to bring what Dead Space 3 and Resident Evil 6 could not. Lofty expectations indeed.

“We don’t have a roadmap for it so we have to go with our gut,” Cambier said. “You’ve got to be able to pick it up and be surprised by it and love it and think it’s amazing and then hope the fans do.”

The Last Of Us’ greatest strength will be in its emotional pull as far as Cambier and his team are concerned. The game is based on real-world horror; specifically, the ability for Cordyceps fungi to infect and possess insects (see video below). Taking that and applying it to a fantastic situation where humans can be possessed by something similar raises all kinds of moral conflicts that Cambier hopes will resonate with audiences on a deeper, more emotional level than with many other blockbusters.

“We tried to focus on the things that we felt were important and interesting, and it led us to more of a survival/ action type game in The Last Of Us,” Cambier said. “The idea is really respect what it would mean to try and survive which to us meant that the extreme violence does not become gratuitous. Every single person in the game is being created as a great obstacle, and so, instead of ignoring the violence we put a focus on it, to give it more agency to the player.”

“When you’ve only got four bullets, a few supplies and other people that are desperate to survive as well, the type of choices players make will lend itself to a unique and powerful tone of survival. We really wanted to dig into those deeper emotions and then combine it with some of the action pacing elements that we’re well known for.” 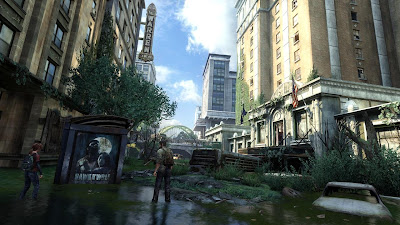 Deep emotional response is a difficult thing to bring out of players – not just in games, of course, but all media and entertainment. It requires a committed focus on the part of the creator, and equally, a full commitment of those working around the director’s chair.

The Last Of Us doesn’t have a co-operative multiplayer mode as a result. Though there is multiplayer (as yet unannounced, one assumes because the developers want us focusing on the single player experience in a pre-release hype), what you can do with friends in this game is kept completely separate to what you can do in the game’s story. Given the damage that co-op did to the atmosphere and intensity of Dead Space 3 and both Resident Evil 5 and 6, one can’t help but agree with that decision by Naughty Dog.

But also in the interest in maintaining a creative vision, and in contrast to other high-profile games where developers have been bullied into making changes to hair styles and such to stave off a public outcry, Cambier said that Naughty Dog kept an eye on the public’s reaction to the game, but didn’t make changes based on what they saw in the social media and forums.

“We do a lot of playtesting but we don’t target fans there, we work a wider spectrum of gamers and sometimes non-gamers to get their feel for it,” Cambier said. “We pay attention to the fans but we were in development for so long before the fans get their first look at it, any changes we make are more about the playtesting.”

“You need people to be playing through the whole game to see if the what we’re doing is on the right track,” he added. “We check that the way we introduce enemies is successful, if people have enough resources to survive and if the AI is behaving. Also, it’s critical getting the feedback on pacing and whether we have met our expectations for it.”

On the production side of things The Last Of Us features a lot of input from outside of the games industry. Twice Academy Award-winning composer Gustavo Santaolalla (Brokeback Mountain, Babel) is working on his first video game with Cambier’s team, and the female lead actor, Ashley Johnson, is for the first time working on a game where she isn’t reprising her character from Ben 10.

Those outside influences helped bring additional emotional weight into the game, Cambier claimed, demonstrating the increasing cross-pollination of media that is helping the games industry mature rapidly as an art form – even on the blockbuster end of the spectrum.

“You read things about Pixar and how it’s all about collaboration with traditional filmmakers and actors,” Cambier said. “I think it’s the same for Naughty Dog where each person you bring on board you want them to add something to the table beyond their core responsibility.”

“Some people get surprised by the level of detail and the emotional range that games are now going for.”

Is free-to-play the future of fighting games?