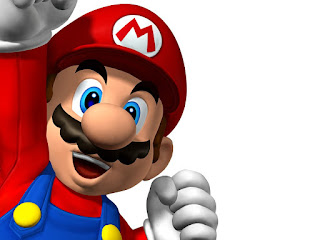 Now that the dust has settled from the storm that was E3 2013, the time of reflection has begun. The whirlwind between Microsoft and Sony has clearly been topping headlines across major aggregate gaming sites understandably, but not so much so for Nintendo. For better or worse, Nintendo decided to sit out this year’s conference, opting to shoehorn in a few small Nintendo Directs and offering a major floor at the conference (and several Best Buy locations) for attendees to get some hands on time with its upcoming titles.

While the large floor format from Nintendo has been overwhelmingly seen as a positive response from E3 attendees, the reaction to one of Nintendo’s titles has not been near as positive as it should have been: Super Mario 3D World. While fan-centric sites have been quick to defend the title, many of us here at Digitally Downloaded are also not pleased with the contents that this title offers. In short, this is simply not what is expected from a blockbuster “Mario” title and one only needs to look at the history of the franchise to see this firsthand. 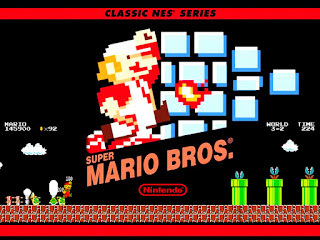 Five short years later, in 1990, Nintendo brought Super Mario World along with its new console the Super Nintendo. While the game not only featured an impressive upgrade graphically, it allowed gamers a massive overworld to explore, jam packed with hidden pathways and levels to uncover. But that wasn’t all, Super Mario World also introduced Yoshi as a playable character for the first time and along with him came a host of new gameplay mechanics that truly changed the way we played a Mario title – not to mention a host of new power-ups as well. Super Mario World, like its predecessors, was a must-play title and it sold like one too.

1996 was the year that Mario 64 came to life. It was the revolutionary title that pioneered the gaming industry into the world of 3D gaming. Using the Nintendo 64’s cutting-edge hardware, Nintendo amazed the world with its staple mascot character, by bringing to life the wonderful charm, characters and challenge of the Mushroom Kingdom in a full 3D environment. Nintendo literally shattered the walls of possibility in a video game in 1996 and Mario 64 is still today regarded by many fans and critics alike, to be one of the very best video games ever developed.

In 2007, we got to see firsthand just how far Nintendo’s imagination could take us: outer space. In Super Mario Galaxy, Nintendo once again changed the way we played a “Mario” title and displayed to the world that it still has all sorts of tricks up its sleeves. We blasted from one galaxy to the next, utilising the game’s fantastic gravity physics, bouncing on goombas and koopa troopas to our hearts’ delight. It was an amazing showcase title for Nintendo; so much so that it garnered a sequel that brought Yoshi back into the mix once again, where much like what we found in Super Mario World many years ago now, added a variety of new gameplay elements into the mix that was supplementary to original title’s gameplay for the better. Again, it exhibited that Nintendo can still revolutionise the “Mario” franchise over and again.

In 2011, Nintendo unleashed its first truly innovative core “Mario” title on a handheld – others before it like Super Mario Land and New Super Mario Bros. all offer similar experiences to their console brethren. While Super Mario 3D Land does indeed show similarities to its much older predecessor, Mario 64, Nintendo’s creative use of the 3DS’s 3D effect and the title’s smart level design that is perfectly fitting for a handheld, found the title to be an absolute must play title for “Mario” fans – the 3DS’s consoles sales reflected just this.
These are the true core “Mario” titles; the titles that define who “Mario” is as a character and exemplify the exceptional talent of the develop teams that bring him to life so spectacularly. These titles’ are innovative, revolutionary, impressive and most importantly, all showcase the strengths of their respective platform. 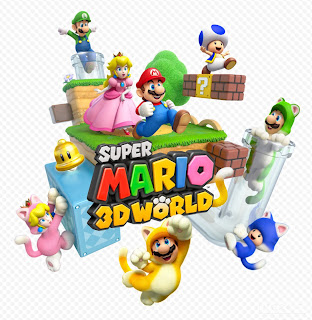 The other side of the Mushroom Kingdom
Mario is a multi-talented character and we all know this. From his speed antics in the highly revered Mario Kart series, showing off his ability to roleplay in the Paper Mario and Mario and Luigi games, boasting his sportsmanship in Mario Golf and Mario Tennis, or bringing the party to life in the Mario Party series – Mario has proven to be a well rounded and profitable franchise for Nintendo.

But as of late, Nintendo has chosen to play it safe with Mario. The 3DS got a second core “Mario” title in the likes of New Super Mario Bros. 2, which was a direct sequel to the 2006 New Super Mario Bros. Nintendo DS title. At its release, it brought “Mario” back in 2D form wonderfully, but not doing much else other than that. New Super Mario Bros. 2 simply wasn’t needed, especially when the 3DS already had Mario Kart 7, Mario Tennis Open and Mario and Sonic at the London 2012 Olympic Games already available on the system, with Paper Mario: Sticker Star, Luigi’s Mansion: Dark Moon, Mario and Luigi: Dream Team, Mario and Donkey Kong: Minis on the Move and another Mario Party title all headed to the handheld after its release.

The “Mario” over-saturation continues with the Wii U too, with New Super Mario Bros. U already available and proving itself to not have the ability to move consoles, it has somehow already garnered a direct sequel (oh, sorry, “DLC”…), Super Luigi U. Neither of these games exhibit the superior qualities of the earlier core “Mario” titles, seeing how they both play it safe, by building on the foundation of earlier games in the franchise.

Then we get the E3 2013 reveal of Super Mario 3D World for the Wii U. If you follow the timeline of the “Mario” experiences in Nintendo’s past, it’s clear to see there’s a problem here. Super Mario 3D World is, by design, a local four player multiplayer title. Where all of Nintendo’s prior revolutionary “Mario” titles have offered an immensely fun single player experience, this slate has been wiped clean for Super Mario 3D World. Instead, up to four players play through the game together locally, which means that this title doesn’t allow for online play and the only time you can get the maximum amount of fun from this title is when you have three friends/family over to play the game with together. For me, this means, well, practically never. I’m an adult now and I work two jobs, and my wife works as well. It’s rare that we find time to invite friends over, because we spend most our downtime either cleaning our home, yard and/or pool, or going out to have a bit of fun together – not inviting adult friends over to play video games. Yes, Super Mario 3D World will find its niche, but that’s just it – because of its design it is alienating its audience and by doing so it has set itself into the party title genre, instead of the core “Mario” series.

Not only is the title’s name questionable from a genre standpoint, but for another reason as well. It was 1996 when Nintendo took us into a 3D “Mario”setting for the first time, but that was 17 long years ago. Super Mario 3D Land is a title that makes sense, because of the 3DS’s effective use of its three-dimensional display, but Super Mario 3D World merely allows up to four players to play in a 3D world – this is nowhere near as effective today as it needs to be; to be perfectly honest, it makes Nintendo look like it’s falling out of touch with today’s industry. The Wii U is still seen (and will continue to be seen) by the mainstream consumer as a tablet, and tablets are widely thought to be a personal use device. We’ve seen the market’s confusion with games like Rayman Legends and Nintendo Land being displayed as local multiplayer titles before and now the key “Mario” title is adding to the market’s confusion with the Wii U.

Do I even need to mention that this title – from what we’ve seen so far – completely fails to exemplify the advantages the GamePad brings to the Wii U?

It truly is a disappointment, because the struggling Wii U needs that groundbreaking masterpiece that Nintendo is commonly known for with its core “Mario” franchise. It needs a title that exemplifies why all gamers should own a Wii U and its trademark peripheral that makes it so unique, the GamePad. As it stand to me right now, Nintendo has indeed lost Mario’s ‘shine.’ I want Nintendo to take me to creative new worlds that I never thought possible with the “Mario” franchise and I expect these games to feature exciting new gameplay mechanics that make me sit in my desk chair with a stupid grin on my face – just like I had when I was a teenager playing Mario 64 and just like I did as an adult playing Super Mario Galaxy for the first time. These are the games that I buy Nintendo’s consoles for and unless Nintendo delivers these type of experiences, my Wii U purchase will continue to be delayed.

Nintendo, the time for flipping the same coin over and again is long past, it is time to ‘shine’ once again.

The weekly discussion: So, what games are you looking forward to?