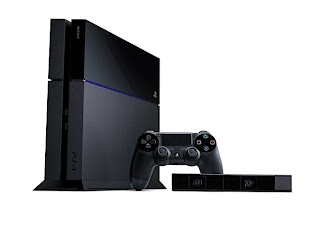 The answer to that title is… close, but not quite.

I already wrote up my thoughts on Microsoft’s presentation earlier, which I thought was far better than its the last several conferences, including at E3 and that earlier Xbox One announcements. Now Sony has revealed their console, plenty of games, and touched on some of their non-gaming functionality.

Things kicked off with a discussion on the Vita, where it was revealed that there are over 125 games on the console so far, with more than 85 more titles slated for this year. Batman, Counterspy, Destiny of Spirits, Killzone Mercenary, and Tearaway were some of the more notable titles Sony lead in with, and also promised remakes of God of War, FF X & X-2, Flower and Dead Nation. Probably the biggest Vita-related announcement however was that there would be a Walking Dead bundle released this August.

Next up, Sony talked about its plans for the PlayStation 3. The Last of Us was a strong lead-in, but one that is well-covered territory of late. The video looked awesome, but by now with all of the reviews already out there on it, this one does not pack as much punch as it might have a month ago, at least for me. Puppeteer had a whimsical, fun vibe to it.

Rain was a brief trailer, but it did its job – I wanted to see more.

Speaking of seeing more, Beyond – Two souls looked really impressive. More expected titles were rolled out like Batman and Gran Turismo 6 looked great, and it was teased that there will be a GTA V bundle for the PS3 later this year.

The majority of the show talked about the PlayStation 4, and with good reason. Sony led and finished strong – but in interesting fashion because it had more to do with answering questions than the games that were demoed. Right away, Sony showed off the PlayStation 4 console itself.

In sharp contrast with Microsoft’s presentation earlier, and how it was all about the games, Sony started the conversation about their next generation console talking about Sony’s music and video options, promising vaguely that there would be unique content exclusive to the PlayStation Network. Another mention went to Red Box instant, and there was some quick bits later. 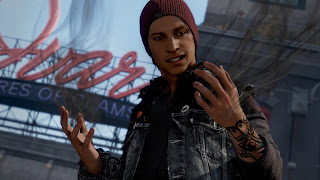 The most notable of these extra features was the ability to play while downloading your game, cross voice chat and the use of the Share button and how it ties into UstreamSocial media. I could almost feel the crowd being restless – even borderline bored during this portion. There was another non-game moment as The Dark Sorcerer – basically a tech demo – was shown. It looked nice, but it felt oddly timed and disjointed with the rest of the presentation at that time.

I thought Microsoft’s speakers were generally better earlier today, and its game-focused narrative resonated a bit better as well. However, Sony did start to delve into their games. The Order looked interesting, with a mix of technology and historical setting, and I thought the Killzone demo looked better here than in previous showings because it felt different. It was much shorter, but also felt more focused than what we saw at the February reveal. InFamous Second Son gave us a bit more of a look not only at the protagonist’s new powers, but some of his personality too – which was refreshing.

There was a healthy bit of conversation revolving around indie developers, and in many ways they were one of the shows highlights I think. Sony really has a good thing potentially going here, and I hope they continue to maximise this relationship. Transistor – from the creators of Bastion – just oozed style. Whether or not it will be any fun still remains to be seen, but it piqued my interest. 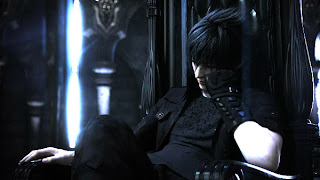 It was great to see that Final Fantasy Versus XIII is not dead – and is going to officially be called Final Fantasy XV. The Kingdom Hearts III trailer also elicited some cheers.

Then the focus turned toward games meant to make the system look good, but are not in and of themselves exclusive to the PlayStation 4. This includes Watch Dogs – which looks decent enough. This was by far my favorite viewing of the title – the prior trailers did not catch my eye at all, but here it was a bit more interesting seeing it played. NBA 2K14 featuring Lebron James looks great on the court, but for all the talk about how the rendered game Lebron is identical to the real article? Close, but there was some odd stuff going on with that mouth. Assassin’s Creed is one of those series I can usually appreciate on a technical level, but the games have not been home runs for me to date. The latest demo looked pretty – but froze up several times, showing it was not entirely ready for prime time.

One recurring theme throughout the presentation was Sony exclusive… DLC. Obviously there were some games too, but it felt like Microsoft’s titles hit just a bit harder earlier in the day.

Speaking of hitting hard though, I mentioned how Sony showed its console – but they also priced it at $100 bucks less than Microsoft at $399. Sony had said it learned a lesson from the slow adoption of the PlayStation 3, and that seems to have been taken to heart.

Sony also hit gamers in a few other sweet spots, while trying to slip one announcement in that probably did not sit as well with everyone. First the good: but the system is focused on “disc based games” that you can sell, keep forever, loan to a friend – essentially the opposite of what Microsoft has been proposing. The cheering from the crowd in that moment was the loudest I had heard from either of the sessions today. A couple of other quotes: “you don’t need to be connected online to play” and “it won’t stop working if you haven’t authenticated in 24 hours”.

PlayStation Plus was then talked about at length. I have mentioned before that I have found it to be an excellent deal for me personally. I am the only one in my family who has it because I can download freebie games and get discounted games that the others in my family can now play. If you have a PlayStation Plus account, it will carry over to the PlayStation 4 and is part of that whole Vita/PS3/PS4 ecosystem. Driveclub PS Plus Edition (which leaves me wondering what is different about this version than the retail game – but with a sub-name like that, there has to be something, right?) will be a launch freebie for the PlayStation Plus. Don’t Starve, Outlast and Secret Ponchos were all promised as first year PlayStation Plus free titles.

The one thing that showed up on that slide that caught my eye, and that was glossed over very quickly in the presentation is that it looks as though PlayStation Plus will be required for online play – much like the current Xbox Live Gold model. “PS4 gamers who aren’t Plus members can still enjoy single-player games for free…and access to media services won’t require Plus” was the line, and I have included the slide shown at that moment too. 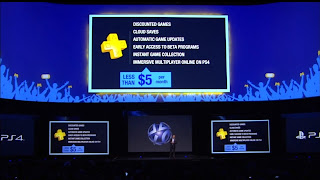 This left me with a couple of questions though – primarily if one Plus account per family is enough, or do I need a separate one for my wife, all three kids and myself? Five dollars a month is not too bad – and Microsoft has said its model for Xbox Live Gold (though I have not heard a price yet) will be family/ system-wide. Considering Sony undercut the Xbox One several times on those talking points tonight, I expect that this will be the case for PlayStation Plus, but I want to hear it officially before I bank on it.

Last but not least, Destiny was demoed at some length, and an exclusive arrangement was announced – so does this mean no Xbox One? No details were given, aside from saying that the game would be supported for years to come. Destiny sure looked pretty, and the cheesy on-stage banter was meant to convey a sense of teamwork and camaraderie, however… very little else looked revolutionary. Maybe there is more to it – I would have to imagine so – than just the gun play that was shown off, but at this point there was nothing really differentiating it from all of the other shooters we saw today.