Could there be a sub-$99 Xbox on the way and did the Wii U get a price cut already? This may just be one of the bumpiest transition years in a while as the industry tumbles into the next generation.

That’s a pretty bold number to beat for a console and that’s especially true for a console that’s doing as well as the Xbox 360. Still, clocking in at less than a c-note could potentially really blast the ‘current gen’ Xbox into the realm of some incredibly gaudy install base numbers.

Dealnews had a really solid look at some of the reasons why this bold move might actually be in the cards and why you might soon be able to grab a 4GB Xbox 360 for about $78 USD.

Check out the whole story here. 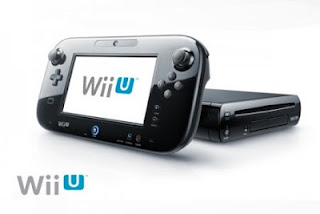 Wii U discounted in the UK

Nintendo’s newest console just hit the market in November of 2012, but it hit that market with something of a dull thud. Not even remotely close to the runaway success that the Wii was, the Wii U hasn’t set the gaming universe on fire by any stretch of the imagination.

If you’re in the UK and have been thinking about picking up a Wii U though, you might want to check out retailer Asda as they’ve slashed the price and set a whole bunch of games and accessories for the system on sale with some good solid discounts.

To say it isn’t great for the console or Nintendo in general that their brand new ‘next gen’ console is on sale so soon is probably no stretch, but hey- you might as well grab one while they’re discounted right?

Take a look at the new pricing here. 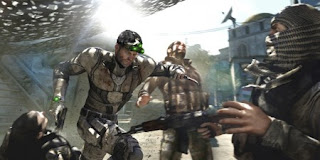 One of the more popular multiplayer modes in gaming has returned for Ubisoft’s forthcoming Splinter Cell ‘reinvention’, Blacklist.

The game set fans ire alight not too long ago as it looked to feature a more heavy emphasis on action than its predecessors, then fans got upset again when it was revealed that actor Michael Ironside would not be returning as super-spy Sam. I have to admit, that one kind of got me too.

Fans should be overjoyed though, that the spies vs mercs multiplayer mode is back and in fine form. The mode sports some very sharp looks and the usual split gameplay (FPS for mercs and third-person for spies) is looking in fine form.

Sneak on over to BG and check out the trailer here. 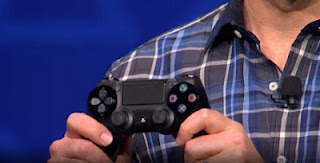 One of the big new features on the PlayStation 4 is the share button. Stuck right next to that cool looking trackpad on the front of the new controller, the share button allows gamers to share (duh) all kinds of in game stuff with each other. Sometimes.

According to Sony Worldwide Studios’ president Shuhei Yoshida, the feature will be blockable by game developers if a situation arises in a game that they’d rather not let folks see if they haven’t played yet.

There’s no doubt that it makes sense to have ‘share’ be blockable in certain cases, as it could easily spoil a games biggest moments, but shouldn’t it be an all or nothing kind of a thing?

Read on at BG to see the whole story and find out what Dark Souls had to do with it.