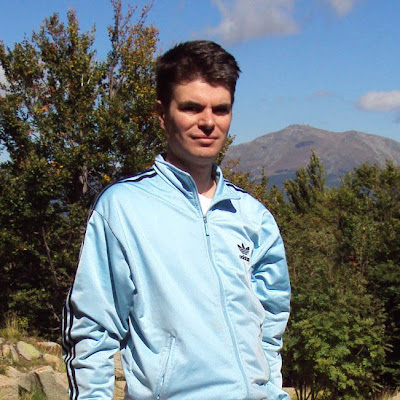 Of all the games that are made in Japan, the ones that you will rarely, if ever, see released in the west are dating simulators or games that focus on the sexual content (and then also released on mainstream platforms like Steam or at retail, dodgy download services don’t count).

Indeed, there was a case not long ago of a Steam Greenlight program being deleted because it was a “sex game”.  Despite being desensitised completely to hyperviolent material, there is still a stigma attached to material that is edgy in terms of sex content. It’s a weird kind of hypocricy but. those are the breaks, I guess.

There’s a couple of developers out there that are willing to risk the stigma to reach out to the less prudish audience. They might not be the big developers and publishers, but some of them, such as Winter Wolves, end up with a reasonably active and dedicated fan base.

We sat down with the mind behind Winter Wolves, Italy’s Celso Riva, to have a chat about what drives him to develop the games that he does, why it’s important for an indie to find a niche to target, and where he sees the opportunities for independent developers in the future.

Digitally Downloaded (DD): What are your key priorities for the next 12-18 months?
Celso Riva (CR): To release at least another RPG. I plan to release more than one game of course, but while the other games I do (dating/ life simulations) are relatively simple to make, RPGs take time. I realise now that with Loren I was lucky tht basically everything went right at first try (writer, artists, coder) so took only one year from the initial design to the final product.

DD: Winter Wolves specialises in story-heavy RPGs. What inspired you to concentrate on the genre?
CR: because there’s a big lack of those kind of games at the moment. I like story-based games of all kinds: visual novels, adventure games, and so on. Even when it comes to a genre like the FPS I like to play only those that also have a good story. I really miss the great early Bioware titles like Torment, even if thanks to Kickstarter it seems that we’ll have the chance to play more of them in the near future!

DD: What challenges do you find as an indie developer in making games in such a complex genre, and how do you overcome those challenges?
CR: the bigger the project is, the more obstacles you’ll find and in general more things can go wrong. When I tried making my first story/RPG, Planet Stronghold, I basically did everything on my own except the art. The result wasn’t bad but definitely took me too much time and I had to make some compromises anyway, and later with Loren I realised that is much better to work with at least a writer and a coder, because you’ll get better results.

So at least for me the key was to have more people involved in the game, and also ask for feedback directly to people in my forums during the development, to see what people like/ dislike in a game.

DD: Many of your games feature an art style with quite “sexy” character portraits and scenes, and you identify these games as “romance” titles. Is there a specific reason for this?
CR: Haha! It is another thing I see missing in many mainstream games, with some exceptions like The Witcher. I think is strange to show very bloody scenes and then be very conservative when comes to sexy elements. That said it’s mostly a cultural thing with different attitudes from those in Europe vs USA (indeed The Witcher is from a Polish software house).

(Ed’s note: To read our interview with the developers of The Witcher and their attitude towards sex in their games click here)

Of course, I understand that not everyone might want to play with sexy content (for example if they are playing in a laptop in a public place!), so for my future games like Loren 2 I’m planning to have two versions, with an option to have a clean/safe art through the whole game, ending romance scenes included.

DD: So far you have concentrated on development for PC, Mac and Linux. Do you see any opportunities to start working on consoles and tablet/ smartphones?
CR: I have most of my games on Android, in practice all of them except Loren, and that was only due to technical difficulties. I would like to support mobile, but the tool I’m using (Ren’Py) doesn’t work on iOS. At the moment I’m porting the simpler titles with the help of a coder friend using Monkeycoder, and the first Heileen game should show up sometime in near future. But of course the more complex RPGs are much harder to port, so I am not sure about that ever happening.

Ultimately is not much my choice, but of the tools I’m using. I might move to some other tools in future, but for now I’m really happy and in any case, the mobile revenues are about 1/10 of the desktop ones so I’m not very motivated to change.

DD: What do you think are the best marketing opportunities for indie developers?
CR: social networks and building a following. Of course, if you’re in USA also participating to the various conventions, competitions and so on. It’s not a fast process, and I think what most new indie don’t understand. The chances of having another Minecraft are really tiny: is more likely that you’ll have to build up a reputation and a following over the course of several years.

DD: Where would you like to take Winter Wolves in the medium to long term?
CR: In the medium term just continue on the current path, releasing more ambitious games but without hurry, step by step, adding new gameplay or features slowly but constantly. In the very long term I would like to do some kind of 3D game, but as you can imagine will take a lot of time, resources and money.

DD: What advice would you offer to someone looking to start up their own indie development team?
CR: If you know other developers that live near you, that’s the best thing ever. I work mostly over internet, and it can work, but nothing is better than being able to talk directly to someone in your own language, to arrange meetings to discuss about the projects, and so on. And another advice, is to start small: never attempt to make a big game as your first project. Is a common advice but is always worth repeating it!

DD: Finally, what games are you playing at the moment?
CR: Besides my own games, recently I enjoyed Telltale’s Walking Dead, Max Payne 3, The Witcher 2 and Mass Effect 3. Some games are old, because sadly I don’t have much free time to play nowadays!