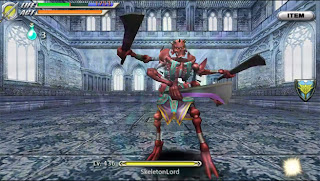 I was wondering when XSeed would take its first steps into iPad publishing. As specialists in publishing Japanese games, there are surely plenty of opportunities to localise Japan-developed iOS titles emerging as the App Store is now hitting a critical mass over there that has seen so many western developers jump on board the platform.

I can’t fault XSeed’s taste in console games, after all, the team is publishing Pandora’s Tower for the Americans, and if it wasn’t for the team we might not have ever seen the niche-but-excellent Valhalla Knights or Fragile Dreams outside of Japan. But based on Ark of the Ages, the first XSeed-published iOS title, it has a long way to go before it knows how to pick winners in this market as well.

It’s not that Ark of the Ages is an outright bad game, it’s just dreadfully bland and a holy hand grenade’s-worth of grinding. Aside from some menus that represent a ‘town,’ and the usual complement of social networking (powered by GREE) and microtransaction encouragements that are the default in mobile games, Ark of the Ages is one giant dungeon crawl, but one that features little more than empty corridors, too-obvious traps and basic glowing orbs that represent monsters. 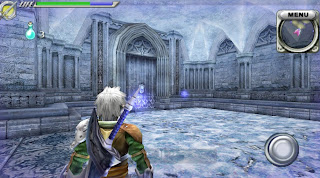 Players wander around these halls looking for loot and attacking the orbs to complete ‘missions’ that are dolled out via the Town menu. These quests are nearly universally the ‘find X on dungeon level Y’ or ‘kill 10 of monster Z’ variety. So they’re not the most engaging and unfortunately players will need to complete a lot of them, as every new dungeon level brings with it a serious spike in enemy levels, and these missions are pretty much the only reason to wander through the dungeons to grind up the necessary levels for the next level.

I really can’t emphasise enough just how much grinding is featured in this game. There are hundreds of levels to work through, and with minimal customisation options, this game almost feels like a throwback to the kind of gameplay that 8-bit fans are used to. Whether that works for a game that otherwise looks like a modern RPG is up to the individual, but I found it rather jarring – I kept hoping that the game would suddenly open up and give me more control over what I was doing.

Given that so much of the game is spent in combat, it’s just as well that the combat is clean and works without technical glitch. When players come into contact with an enemy orb, they’re warped to a first-person battle screen where the orb has been replaced by an enemy. Players then swipe the screen at the enemy to damage to this enemy, and press and hold down two fingers when an enemy attacks back to block the damage. Were it not for some light decision making when it comes to special abilities and some basic risk/ reward mechanics in place by rewarding players that risk the time to make bigger swipes with more damage this would be the touch screen equivalent of button mashing, but it’s amusing enough and combat is sharp and fast enough that it fits the game’s grind-a-thon tone. 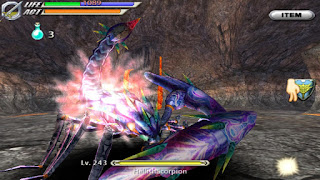 This combat also forms that game’s visual highlight. Enemy models are animated nicely and entertaining to fight. Coming across a new foe means players need to learn to watch out for the projection that they’re about to attack and when running low on health there’s a decent level of tension that can come from accidentally running into a combat situation when running low on resources.

That said, throw in some poor presentation in other areas (the text and static images found in the game’s logo and the town are not optimised well for Retina screens and so looks uncomfortably fuzzy for instance) and you’ve got a game that doesn’t really work well in maintaining people’s interest. Ark of the Ages is an admirable attempt for a budget game, but I do feel that the RPG developers have a way to go on the iPad to really understand the kinds of monetisation models that people are interested in. Grinding games work for FarmVille. It is not actually the kind of thing that most RPG fans buy into.

Interview: CD Projekt Red on why fan support is so important