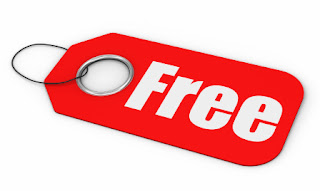 Sony is really working hard for its fans. PlayStation Plus is without a doubt a high-value service, turning hundreds of dollars of games into a single, small, subscription cost.

There’s more though. Sony’s answer to the PlayStation Network hack of some years ago was to give away games. Last year at E3 it gave away free games. Recently it gave away one free PlayStation Mobile game per week over eight weeks. Not long ago the company provided a huge number of PlayStation Network users with $10, and now it’s offering everyone $10 for every $50 spent. These are, of course, marketing expenses, but throw everything together and the following becomes quite clear; Sony gives away a lot of stuff.

Like most people with a PlayStation 3 and PlayStation Plus accounts, I am enjoying the free stuff. On a purely selfish level I hope that Sony is somehow making a fortune from giving away the free stuff, and I want it to continue on indefinitely.

But then I feel the need to play Devil’s Advocate with my own feelings; I have to wonder if Sony is not shooting itself in its own foot by giving all this stuff away. Here’s the potential broad-market issue as I see it:

Hardware is not where console manufacturers make their money. They sell hardware so they can make money from selling their own software and licensing to third party developers and publishers. That’s why the concern that many share when a console manufacturer sells its hardware at a loss is missing the broader picture – selling raw numbers on hardware is what’s important, regardless of what profit (if any) is made from each unit.

So software is where the real money is made. There’s higher margins and more regular sales than hardware will ever experience (as in, a gamer might buy 40 or more games for every one piece of hardware). For publishers, preserving the value of the software is critical for their very survival.

My concern for Sony is that, as good as these giveaways and ultra-low price subscriptions are for its fans, Sony is going to start to struggle to get the margin back into its software. When people talk about the “flight to the bottom” on the Apple App store, this is what they’re talking about. Once a critical mass of games find mega-success and offer genuine quality at $0.99 or free, $2.99 software starts to look expensive to consumers, let alone $20 games. As PlayStation Plus users get used to a steady stream of great games becoming available for “nothing,” are they really going to be willing to pay full price for one?

If you want to see this in practice, take a trip to the local shopping mall, and try and find a shop (especially fashion) which isn’t covered in SALES signs all year round. Shoppers got used to seeing these signs to the point where it’s expected – a fashion shop that isn’t on sale is going to be ignored by the majority of shoppers.

Considering the pervading attitude amongst gamers seems to be that they don’t want microtransactions and don’t want DLC, it becomes hard to see what Sony is going to do to maintain a profitability when a large portion of its fanbase are being conditioned to expect content for a well-below break even price point.

As I said, I’m playing Devil’s Advocate more for the sake of debate than anything else. I do have to wonder whether Sony’s merely making a short term play to keep customer numbers up, or it has a plan to introduce margin back into the software side of its business in the long term. I hope it’s the latter, because the former doesn’t suggest good things about Sony’s future.

The Walking Dead stalk new parts of the globe