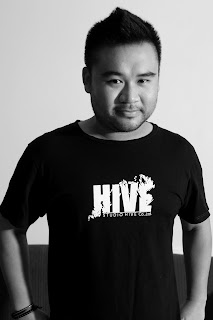 If you haven’t seen the original Ong Bak film yet, then do yourself a favour and head over to your local video store’s foreign film section. This Thailand martial arts epic stars Tony Jaa, and it’s the kind of no-wires, no stunt-double action work that is so rarely seen in Hollywood. Jaa is up there with Jet Li, Jackie Chan and Bruce Lee as a true martial arts master, and Ong Bak deserves to be considered a classic.

It’s good to see that a Thai development studio won the rights to make the game based on an upcoming sequel to that film. To be published by Immanitas Entertainment, Studio HIVE was selected as the developer for the Ong Bak Tri game, and we have high hopes for it.

Studio HIVE managing director, Kan Supabanpot, took the time to chat with us about the upcoming game, and the challenges involved in being a developer in a region of the world not known for game development. Finding the best developers is a challenge in Thailand, but we hope this game and the work of Studio HIVE and the other developers in Thailand helps to grow the market. The more cultural diversity that works into mainstream game development, the better for the industry.

Digitally Downloaded (DD): What are the plans for Studio HIVE for the next year?
Kan Supabanpot (KS): For 2013 we will continue to polish Ong Bak Tri: The Videogame as our main priority. Our talented team of artists will also strive to create amazing design and artworks for other games as well.

DD: Thailand is not well-known for game development. What challenges do you face in creating games for the global market?
KS: This is one of our biggest challenges as there aren’t that many developers around here, and so knowledge and community is still very limited. However I strongly believe that videogame is a universal language and if the game is fun, gamers will like it, regardless of where they live.

DD: The Ong Bak franchise is well known in films for its incredible action sequences. How are you looking to capture that in an interactive format like games?
KS: We absolutely love the action. This is one of the reason we are attracted to this project in the first place. The legendary choreographer and the original Ong Bak creator, master Panna Ritthikrai, is also on board in this project and he’s been very helpful.

DD: With the wide range of different game platforms available now, how do you decide which are the best to work on?
KS: I spent my childhood with NES and SNES controllers in my hands. This is the same for the rest of my team so this is why our game looks like a very old school beat-em up style. Obviously mobile platforms are very attractive to develop on now and we are certainly working on that. 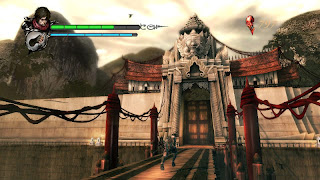 DD: Ong Bak is in development for both consoles and touch-only platforms like the iPad. What have you found to be the most effective strategy for optimizing your game for each platform?
Our strategy is that we separate “controller-based” game with “touch-only” game. We will have two different games. This enables us to focus on each individually and make sure we don’t end up with a half-baked mobile game.

DD: What challenges have you found in localising the game for each of the global markets?
KS: We don’t have that much trouble with localisation. Everyone loves the original Ong Bak film so the appeal of the game will be similar across the globe.

DD: Do you see the Ong Bak games becoming a franchise as the films are? How would you develop the game moving forwards?
KS: Yes we do hope that this game will be a big step for us in the industry and I would certainly consider making more Ong Bak games if our first game is a success.

DD: What opportunities are you looking at outside of licensed games?
KS: At Studio HIVE, we specialize in creating I.P. We have done so for many big name clients (I’m looking at you, Stan Lee!) so in the end we would definitely like to do something on our own. We have a lot of internal discussion over beers and we definitely looking forward to our very own videogame.

DD: What inspires you and the team at HIVE?
KS: The team really believe in what they are doing so I think this is very important. We love videogames and we definitely know that this is our passion.

DD: Finally, what games are you playing at the moment?
KS: I’m playing Metal Gear Rising this week and will go pick up the new Tomb Raider shortly. Ni No Kuni has also been on my must-play list for a while now.