It’s a good kind of surprise, but Silent Hill Book of Memories is actually getting some new content and there’s Epic Mickey 2, Deus Ex, and Deadly Premonition news a plenty this week.

…what do you mean ‘no’? Porting games that are already proven to new consoles is a time honored tradition in the video game industry and the trend was continued in a big way this week. The past few days saw some very oddly handled announcements for a pair of titles that actually weren’t all that big in the hit department to begin with which is certainly bucking the porting trend!

There was one release date confirmation this week too, this one was for a game that’s a phenomenon all its own though- Deadly Premonition. The upcoming Director’s Cut of the cult classic will be getting quite the addition of new content it seems.

Meanwhile, another game that was certainly no smash (yet not a bad game by any means) is getting some new DLC as Silent Hill: Book of Memories on the Vita will be on the receiving end of a pretty big bump in content itself.

An Epic fail the first time around

Epic Mickey 2: the Power of Two was kind of an epic flop for Disney. The game actually caused the closure of its developer and saw Warren Spector take his leave of the company shortly after it went on sale.

You have to hand it to Disney though, they never quit. And it’s with that in mind that Disney UK announced the impending release of Epic Mickey 2 on the PS Vita. The game will be a port of the console versions that were released last Holiday and not a transfer of the 3DS title that played pseudo-sequel to the old Sega Game Gear Castle of Illusion games.

Will the beleaguered game have better success on Sony’s handheld? And is it a UK exclusive, as is rumored?

Click here for the full scoop as it stands now. 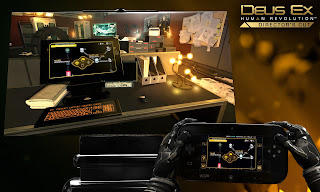 Ghost in the Wii U

After a bit of speculation and a leak on the Amazon.com page for the preorder of the game, Deus Ex: Human Revolution was confirmed to be getting a Wii U port after all.

The action/RPG from Square Enix will get GamePad support (shocking!) in some way with a new in game feature called the Neural Hub. The Hub will work in support for the Wii U’s ‘hook’ (the GamePad), though the exact nature of the new feature is still a little hazy. 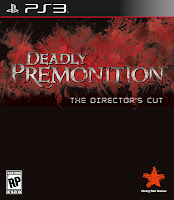 So, if you’ve played Deus Ex: Human Revolution, are you powering up for a second go around? Or does the promise of a second screen interface leave you feeling cold and robotic?

Jack in here for the ( pretty light) details.

While we already knew that the craziest cast of characters this side of Twin Peaks were on the way to the PS3 with a Director’s Cut of Deadly Premonition, just what the game was going to offer that was different from the original Xbox 360 release wasn’t all that clear. As we approach the release of the game though, the new additions are getting a little better detained by Rising Star Games.

The new redux of DP will have new story content, improved graphics and controls, 3D support, and will see downloadable content to extend the open world adventure.

Wait… I’m getting another premonition… that you’ll… click here for more. 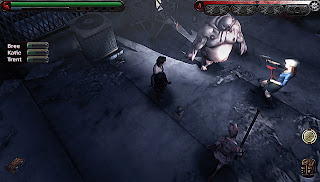 Reopen the Book of Memories

I have to admit, I really enjoyed the PS Vita’s first Silent Hill title. The departure for the series into the action/RPG arena was one that I could seriously get behind since I haven’t actually liked a ‘main’ SH release since the second game way back on the PSOne.

It’s kind of come out of left field here, but Konami has seen fit to release a bunch of fresh content for the game in a new -absolutely loaded- content pack. The new DLC will offer new outfits, accessories, weapons, enemies, trophy’s and more.

Get your flashlight and read more about it here.

Note- Brutal Gamer has a ton of contests going on right now. Win Gears of War Judgement, an OBI202, a Portal Prize Pack (in conjunction with PrintExpress and Valve), or a copy of Rochard and its DLC. Get clicking dear readers!
Share this