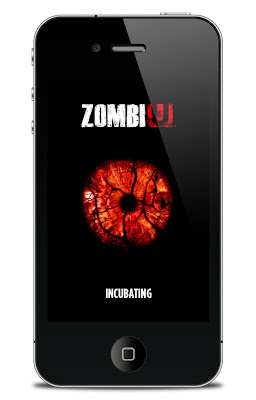 Over the last few months we have seen developers and publishers really clue in to the marketing value of companion applications. What’s a companion app? One that is released onto the iOS or Android stores to coincide with the release of a major console game.

Last year around the time that ZombiU was released the most high-profile example of this kind of marketing hit the mobile devices – the ZombiU app, a free download, allowed people to turn themselves into zombies and post the results up to Twitter, and even record emergency messages at throw them up to YouTube. Naturally this inspired the more creative souls out there and for a couple of weeks the Internet and social networks was literally covered in ZombiU marketing. The pun here is obvious; this is now a textbook case of viral marketing.

Ubisoft has also used companion apps for a Tom Clancy game, to store and display statistics that you’ve earned in-game, and EA and Activision have followed suit with their shooter titles. Even the niche little Japanese developers are getting in on the action – Compile Heart has just released a companion app to its upcoming Hyperdimension Neptunia Victory that allows fans to dress their favourite character up in a bikini and replace their boring alarm clock with her.

Even Nintendo is getting involved, with two Pokemon applications; a Pokedex, and now a Pokemon anime streaming application. I know that Pokemon isn’t technically Nintendo, but it’s telling when Nintendo’s absolute closest ally is producing iPad applications to stream video content, when the Wii U GamePad could do the job just as well.

Such is the power of the tablet and smartphone. With hundreds of millions of devices now on the market these devices might not ever replace the need that many have for dedicated gaming consoles, but they are certainly a marketing and engagement channel that can’t be ignored. Zombie photos can go viral, and a free little application can turn your biggest advocates into social network-active advocates.

What’s most interesting about the companion app is that we have really only seen the tip of the iceberg of what promises to be a really interesting way for gaming platforms to interact with one another. Microsoft’s SmartGlass function is the most complex application so far in terms of building a companion app into an essential part of the game experience, but it’s still limited in terms of how many games it supports and how those games use it. In the longer term we’re almost certainly going to start seeing companion apps to RPGs which allow you to take your quest on you with on the go in some form – allowing you to get the dull process of grinding experience or loot out of the way while you’re on the train, and get back to the really fun stuff when you’re comfortably at home in front of the big TV.

Such is the power of the Cloud. Shooters will use apps to enhance your in-game data in meaningful ways. Music games will partner with Shazam to recognise the song that you’ve heard-but-can’t-named at the nightclub, and purchase it for you back home for the next day once you’re over the hangover. The next Dead or Alive game will allow you to take your custom-dressed Hitomi and through the power of AR bring her into the real world. Then, based on where you’ve photographed her in the world, you’ll unlock new costumes for her in the game based on local fashion. Take a photo of her in Sydney and you’ll unlock an Akubra hat, for instance. I’ve thought about this a lot, you see.

ZombiU 2 will launch with a ZombiU 2 application, only this time those photos of yourself, your family and friends that you’ve zombified will be imported back into the game and before you know it your friends and family will be the walking dead.

These are all exciting possibilities, and it would be a win all around for everyone. Developers will win too – some simple microtransactions in the companion app would earn an additional revenue stream for developers and provide the most committed fans further in-game engagement without irritating the more casual fans with the likes of on-disc DLC. The viral marketing would also encourage a broader range of people to check out the “full game,” and of course there would be the option for traditional advertising within the app itself.

The concern on the other hand is for people that don’t own these smart phones and tablets – will we see a time where the companion application is essential to get the full value out of the console game? I suspect it would only take once successful example of a developer monetising both the console game and its companion app for it to start to be essential.

On the other hand, smart phones are becoming so common place that perhaps we are at the point where most people with videogame consoles also have smartphones. So perhaps an mandatory pairing of the two isn’t as unlikely as it might sound at first.