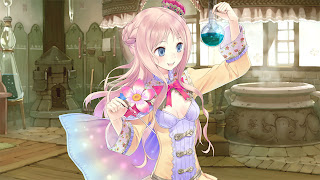 So what’s on for this week? If you like Japanese RPGs, Japanese weirdness, and more than a little dash of Japanese anime, you’re in for a big week of purchasing!

The ENTIRE Atelier of Arland trilogy: That’s right, Atelier Rorona, Atelier Totori and Atelier Meruru are all on special for the PlayStation 3. Anyone who spends any time on this site knows how much I love these games; they’re fun, they’re funny and they’re endlessly charming. They also tend to be quite difficult to track down in shops, and quite expensive on eBay, so grab them cheap now.

Alice: Madness Returns: And after all those bright anime colours, it might be nice to get stuck into a Tim Burton-style gothic masterpiece. Alice: Madness Returns is a bit of a forgotten gem on the PlayStation 3. It’s a very dark, but endlessly interesting action platformer.