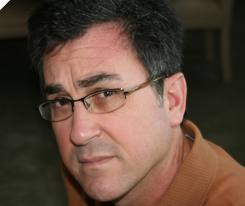 Here at Digitally Downloaded, we recently got in touch with notorious business analyst Michael Pachter ahead of the apparent PlayStation 4 announcement scheduled for February 20th. We spoke to him regarding his expectations and perspectives on the PS4 as well as its potential impact on Sony, the next generation and the video-games market as a whole, as well as clarifying a typical example of him being misquoted by an overly enthusiastic press. As you can guess we gathered some remarkably thoughtful responses.

Digitally Downloaded (DD): The current generation of consoles brought a lot of changes to the industry. With the anticipated arrival of the PS4 alongside the Wii U, what are your expectations for the upcoming console generation?
Michael Pachter (MP): I think that the upcoming generation has the potential to be somewhat underwhelming, given that advances in processing power will be less dramatic than in the past. The step from PS1 to PS2 was an increase in data processing power of around 48-fold, enabling 3D-like images; the step from PS2 to PS3 was around 40-fold, allowing HD and fast frame rates; the step up from PS3 to PS4 is likely to be only four-fold, so greater graphical detail and faster frame rates will be possible, but the difference will be barely discernible.

I think that all games are likely to run in full 1080p at a minimum of 60 frames per second, but it isn’t clear that much is gained by adding more than two million pixels (the output of a 1080p display) or by running at faster than 60 fps. The latter is definitely possible, but it’s unclear whether the consumer will appreciate much of a difference at 72, 90, 120 or even 240 fps. My expectation is that every frame will contain two million pixels, which has been a problem in the past, so textures and shading will be even more lifelike and realistic. Other than that, I’m not sure that the appearance of games will improve dramatically.

DD: In a recent statement, people concluded that your technical expectations for the PS4 included “hyper-realistic games” and the graphical capacity to render images at 240FPS. In theory, this is an immense (and arguably redundant) advancement over the current capability of consoles. Would you care to elaborate on this for us?
MP: I didn’t say the word “hyper-realistic;” that was a NeoGAF interpretation. I said “capable of rendering 240 fps” as an example to a business reporter of what a four-fold increase in data processing could mean. The people who found that comment offensive are clearly just unhappy people with nothing better to do. Specifically, I said a four-fold increase in processing power, and simply multiplied 60 fps by four to illustrate the point. I do not expect games to be made that fast, as elaborated above, because I don’t think it will add much to the experience. As my idol Jamie Kennedy says, “haters gonna hate” no matter what I say.

DD: Considering the ongoing decline of mid-tier development alongside the financial duress many triple-A developers are experiencing, do you expect the industry to undergo a significant shift in priorities in light of the new generation?
MP: My understanding is that game development won’t be significantly more expensive going forward. Both Ubisoft and EA have said to expect a 10 per cent increase in R&D, while Activision has made noise about the potential for a “dramatic” increase in R&D. I tend to believe EA (which makes many more games), and expect only a modest increase. If that is true, we probably won’t see a major decline in the number of developers. Publishers will still be trying to make money, will still rely on third party developers for ideas and talent, and provided that consumers embrace the new consoles, we should see a resurgence in health for the industry.

DD: Many argue that the current model of development in the industry is neither productive nor sustainable. Bearing this in mind, do you expect the PS4 to pioneer another significant technical leap for the next generation (as with the PS3), or to focus on other attributes?
MP: I agree that the current model isn’t healthy, but I think that is more attributable to the rise of online multiplayer, which literally has grown eight-fold this generation. Online multiplayer results in consumers playing the same game much longer, and the only party that profits from this is Microsoft (through Xbox Live Gold). Publishers and developers must now design games that have 10 hour single player campaigns and unlimited multiplayer, resulting in gamers playing their games for hours on end; that limits the propensity to buy other games, so overall software sales have been on the decline for four straight years.

I’m sure some of your readers will comment that I don’t have any idea what I’m talking about, and others will say I’m calling them entitled, but software sales have declined by 39 per cent since 2008, and that gap has not been filled by DLC, which has added only around 5 per cent to overall sales. The current business model does not provide enough revenue to support the development of as many games, and if gamers aren’t willing to spend more, they won’t get as many choices. I think we will see another attempt (by Activision) to monetize multiplayer (on the Bungie game) this year. We’ll see if gamers revolt against, or accept the new business models.

With that said, I think the PS4 will focus on other attributes to deliver a rich multimedia experience, and expect integration with music and movies.

DD: On the topic of multimedia, what do you expect to see Sony do regarding cloud gaming, given its acquisition of Gaikai?
MP: My view is that Gaikai lets the PS4 become backwards compatible by allowing users to stream old games. It isn’t clear whether they will allow people to play their old games, or whether it will require the games to be purchased again, but I think that is the intention.

DD: It has been evident for a while that Sony is in a worrying financial condition. How do you believe it will be able to absorb the initial costs of establishing a console in the market?
MP: I don’t cover Sony as a public company, but my understanding is that they have cash and credit lines, and I’m pretty confident they can fund a major product launch. If they can’t, they have many assets that they can sell (television and movie content, the music business, etc.). I don’t see this as being a problem.

DD: What are your thoughts on the concept of consoles-as-a-service? Do you consider it to be a viable business model, particularly in regards to Sony’s future endeavours?
MP: I don’t see consoles as a service materializing this generation. It’s too much of a change all at once, and if Sony did this alone, Microsoft would not, giving consumers a clear choice. I think we will see a slow migration to a service model, with the aforementioned subscription multiplayer I expect from Activision. It will be one game at a time, and not a frame-breaking change in business model.

DD: With Nintendo’s recent collaborations with various developers and publishers, it is evident Nintendo aims to engage better with third-party developers. What strategies do you expect Sony to adopt with third-party development for the PS4 this time around?
MP: Sony has always received full support from third parties making multiplatform games, and I expect this to continue. They have had less support from third parties with exclusive content, and have had to buy the developers to keep games exclusive. I expect to see fewer exclusives next generation, as the economics don’t really make sense, and expect to see more multiplatform games from studios like Insomniac, who historically have made Sony exclusives.

DD: The video-game market has been experiencing a contraction in the overseas market for the past couple of years. With this becoming a potential duress for the industry, where do you believe Sony’s priorities lie with the PS4, its development and the next generation in general?
MP: I think that making the PS4 announcement in New York rather than Tokyo demonstrates the shift described in your question. The Japanese market is no longer as important, and Western markets are far more important. I think the timing (6 p.m. New York time) is a modest accommodation to Tokyo (7 a.m. there) and a slight snub to Europe (11 p.m. and midnight in most places), reflecting the importance of the U.S. market. I may be reading too much into this, but it could be because of multimedia capability, and the inclusion of music or movie people at the event.

DD: Curiously enough, there are still a number of highly anticipated PS3 titles to give the console a formidable start to 2013. What are your thoughts on the PS4’s alleged revelation at such short notice?
MP: Don’t make much of the short notice, as Sony didn’t want to commit to a date it couldn’t meet. I’ve heard that they intended an event in February for a long time (at least since November), but the late announcement simply served to keep me from attending.

DD: With the PS3 still performing to a reasonable extent in the market, how do you believe Sony intends to manoeuvre/persuade its current fan-base into the next generation?
MP: My guess is that the next generation console will not be backward compatible, but may allow PS3 discs to be “read” so that they can be validated, and the consumer may be offered a PSN or Gaikai experience that will enable the playing of older games. I think this is enough incentive to get many consumers to buy new consoles, as the lack of backward compatibility will also force publishers to adopt the PS4 standard more quickly. I could be wrong with this prediction though.

DD: With the transition into the next generation taking shape, how do you believe Microsoft will respond to Sony taking the initiative with its console unveiling?
MP: Microsoft will announce at E3, not before. I think they are on track to launch at the same time (October or November), although I think that Microsoft is far more ambitious about multimedia, intends to include a TV tuner, and has many more relationships with television content owners that must be worked out prior to launch. Expect Sony to own the spotlight until the first week in June.

Loads of screenshots for Disgaea Dimension 2