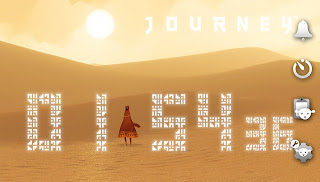 One of the Vita’s secret strengths (and it really is secret, I see very little online chatter about it), is its many, many great and free non-gaming applications.

It might seem strange for me to say this given that we’re a gaming-focused website and one would assume that the reason you’re buying a Vita is for the games, but there is some seriously impressive innovation going on at Sony that is going completely unrewarded. There’s a brilliant social GPS title in Travel Bug. Ecolibrium is a little like those Facebook “tap and wait” kind of games, only social and, well, good. The Vita has the best Twitter and Facebook apps I’ve ever seen, Treasure Park is a brilliant social twist to Minecraft and then there’s T@g – the best wait to graffiti without getting arrested.

Notice the common thread amongst these applications? They’re social. The Vita has, moreso than even the Nintendo 3DS with its clever StreetPass technology, managed to make me want to carry my console around with me. Even with such a minimal market share the Vita is the kind of console that you share the experience with other people with. I’ve over doubled my PlayStation Network friends list since getting the Vita, and almost all of those people have been discovered through the console’s social apps (hi, guys and gals!)

And perhaps the weirdest but most wonderful social app of all has now been released in Australia. Wake-up Club does the unthinkable. It turns sleeping into a social interaction. Or, well, waking up anyway. 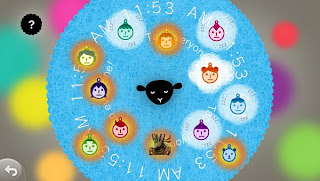 The basic idea is that every night you stick the alarm of your Vita on, and then drop off to sleep. Come wake-up time the alarm will go off, and then the application tracks how long it took you to wake up and tap the screen.

So far, so plain. And then comes the genius part of Wake-up Club: it compares how long it took you to wake up compared to your friends who are also using the application. Yes, that’s right, Wake-up Club turns waking up into a social minigame. Complete with daily leaderboards. Scratching that competitive edge makes this application a better alarm clock than the loudest and most obnoxious of traditional noise-making clocks. Just the act of figuring out if I was the quickest awake has meant I haven’t slept through the alarm once since using the app. And I’m a journalist – sleeping in is almost mandatory for this job.

There really isn’t much more to this app, and I was disappointed to see the game only saves the most basic of statistics rather than provide in-depth data analysis. Believe it or not but keeping track of your sleeping habits over a long period of time and using that data to adjust your sleeping patterns helps build a healthy lifestyle, and it would have been nice for this app to do that as well.

On the other hand the delightful minimalism of the interface and the customisable themes (including some spectacular ones from Journey) make this a genuine joy to use.

It’s a pity that this kind of innovation is not mentioned more often in the games press, because with one tiny, free download, Sony has turned the Vita into the best, most effective alarm clock ever conceived. That might not be a system seller, but boy is it a valuable “nice-to-have.”

Interview: Pachter on the PlayStation 4, Cloud gaming and the damage multiplayer is doing to the industry