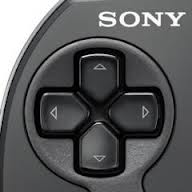 I don’t think anyone who reads this site would not know that Sony has had a difficult couple of years from a financial perspective. The good news is that the turn around seems to be on track.

The vendor posted a significant operating profit for its third quarter; 46.4 billion yen ($496 million), which, compared with the same time last year (91.7 billion loss), is a great result for the company. The turn around is also having a great effect on Sony’s stock performance – it’s jumped almost 60 per cent since the start of the year. That is incredible for the Japanese market – the Nikkei 225 benchmark only rose nine per cent for the same period.

It’s not all great news for the company though in its gaming division. The PSP and Vita, especially, struggled. The company sold a combined total of 5.7 million for the fiscal year so far (April 1, 2012 to December 31, 2012 in Sony’s case). This led to 23.4 million software units, but the company has lowed its full-year expectations of handheld console sales from 16 million for the fiscal year to just seven million.

The good news for Sony is that this increased profitability will mean the company will find it easier to resource critical projects – such as turning the Vita into a success. There’s some big-name software on the way in Soul Sacrifice and a Killzone title, so Sony will, no doubt, be looking forward to a big year for the console.

Etrian Odyssey IV: Legends of the Titan demo crawls onto the 3DS eShop