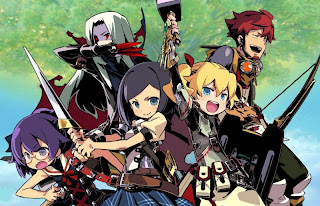 Etrian Odyssey fans know what to expect from the series, as it has brought the old-school dungeon crawling experience to the
Nintendo DS for years, and when I say “old-school” – I mean, use the bottom touchscreen to map out the dungeons by hand old-school. Tough as nails difficulty, character progression that you need a book to understand the depths of its intricacies and absolutely massive dungeons to crawl your way through – Etrian Odyssey delivers and the fans know it.

Well, Atlus is bringing the adored hardcore franchise to the Nintendo 3DS and for the first time ever, we will get the chance to experience these beautiful dungeons in 3D. But that isn’t the only first for the series, as the brutal difficulty will now be able to be altered at any time throughout the game, as well as offering up a Casual Mode, that significantly lowers the game’s difficulty to open up the title to a much wider audience. While hardcore purist might get a bit peeved at this announcement (especially those who suffered through the first two releases), the game looks to only be made easier if you choose the lower difficulty option, without alteration of the core gameplay that’s come to be expected here.

Whether you’re hotly anticipating the game’s February 26th release in North America, or on the fence about whether it’s a game that fits your appeal, the Etrian Odyssey IV: Legends of the Titan demo is now available on the 3DS eShop. What are you waiting for? Go map out some dungeons!

Metal Slug 2 blasts away at iOS and Android