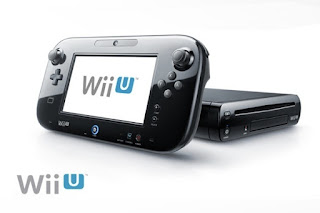 Analysing Nintendo’s recent Press Release from a certain perspective makes it seem that there is something funny up with the reported sales figures.
It has barely been over 40 days since Nintendo dropped their hot new home console, Wii U, on the market and the madness of the holiday rush has finally come to an end. As usual, gaming consoles went flying off store shelves from top retailers, with Wii U obviously being one of them.

However it was only a few days after its launch that we started hearing talk about Wii U consoles sitting on store shelves – something that’s not typical for a newly released home console – and sales data has been all but non-existent ever since. In fact, I myself saw around ten Premium Wii U units sitting on a shelf in Toys”R”Us (Twitter image) in my local area around noon on Black Friday and I live in the largest city on the Gulf Coast. This was a store that had been open since 8PM the previous evening and had lines wrapped around the building beforehand – shouldn’t these units have been sold minutes after the doors opened?

Since then, sales data has been scarce, only with Nintendo of America’s president, Reggie Fils-Aime, telling CNET that, “the Wii U topped the Wii with 400,000 units sold” after its first week on the market and a January 3rd article at GameSpot that offered a statement from a Sterne Agee analyst, which read: “Wii U availability at GameStop continues to be ‘abundant.’”
That is, until Nintendo’s recent excited Press Release on just this topic that can be found unedited through this jump (thanks to Gamasutra): Nintendo’s December 2012 Hardware Sales Press Release.
Breakdown
Let’s just state the obvious here: businessmen are salesman for their company and it is their job to sell their products. Before I start, I’m not in any way accusing Nintendo of making false statements, because what it has stated here is indeed true by law. What has happened it Nintendo has used creative plays on words to make something that’s not exactly great sound much better than it really is and by looking deeper within, we find that the news that sounds so exciting actually isn’t really all that exciting for the Wii U.

“With more than 460,000 units sold in December, Wii U has now sold nearly 890,000 units in the United States after only 41 days on the market, according to the NPD Group. To date, Wii U hardware sales have generated more than $300 million in the U.S. alone; Wii hardware had generated just more than $270 million at the same point in its lifecycle.”

If we go back to the Wii’s 2006 release, it sold 600,000 units in its first week alone in the North America. Thereafter, it was in such high demand all throughout 2006 and 2007 that it wasn’t uncommon to find long lines at major retailers when shipments were being expected. There were evenreports that the widespread unavailability of the Wii was costing Nintendo upwards of a billion dollars in missed (not lost) revenue –Wii U revenue in the release doesn’t reflect this image at all, instead it only reflects (but doesn’t state) that the Wii U cost $50-$100 more than the Wii at launch – both consoles sold out in their first week. It’s also worth noting that Nintendo loses money on each Wii U console sold, where it made a profit on each Wii console sold at launch, so that revenue number is impressive only on paper.

As mentioned before, 41 days into Wii’s release, you could not find a Wii anywhere in North America, unless a store had just received an unexpected shipment within minutes of your arrival, or you stood in a long line awaiting an expected shipment at a retailer – the revenue comparison between Wii and Wii U is accurate by the numbers, but had the Wii had more availability, there is no doubt that it would have crushed Wii U’s current revenue data.

“While the Wii launch established new benchmarks in the United States, Wii U has surpassed its predecessor in perhaps the most important category: revenue generation,” said Scott Moffitt, Nintendo of America’s executive vice president of Sales & Marketing. “The demand for the Deluxe SKU, which was essentially sold out at retail this holiday, and the strong attach rate of New Super Mario Bros. U, shows that we have the value and the games to drive momentum in 2013. We look forward to offering great new experiences and bringing smiles to millions of new faces throughout the year.”

I just stated this, but the claim to “new benchmarks” is only by raw numbers. Nintendo has brought in more revenue by the higher cost of the Wii U. This does not account for the unavailability of the Wii during the same time period and it also does not look like it is accounting for the loss in profit that comes with each Wii U console sold. Again, raw data that is not fully taken into perspective can be made to look different than it is when creatively put into words. Another example of just this in this release is the use of the word ‘essentially’ when Moffitt stated: “The demand for the Deluxe SKU, which was essentially sold out at retail this holiday,” does not mean that it was actually “sold out” – does it? In fact, we know that it was not “sold out,” because I saw around ten Premium Bundles sitting on a store’s shelf with my own eyes.

This is where things do get exciting though, because Nintendo did have a great holiday sales period. The 3DS continues selling extremely well with its lower price point, shifting a massive 1.2 million units in December and now reaching 7.7 million units sold worldwide, and the Wii sold 475,000 units in December, putting its total worldwide console sells up to a whopping 40.8 million. Even Nintendo’s DS continues to sell, moving 470,000 units within this same time period – bringing its worldwide sells up to 53 million units to date.
There’s no doubt that Nintendo is a brand that is well-trusted and loved, but analysing these numbers in the release backwards tells a tale much differently for the Wii U. During this time period, the eight year old DS sold 470,000 units, the six year old Wii sold 475,000 units, and the (nearly) two year old 3DS shifted a massive 1.2 million units. The brand new Wii U, Nintendo’s hottest piece of hardware, only shifted 460,000 units during this time same time period – even the Wii U’s 41 day total of 890,000 units doesn’t match the 1.2 million units that the 3DS moved in December alone. When put into this perspective, this release isn’t as cheery as it at first seems to be. If the Wii U was in extreme demand like the Wii was during this same time period, these numbers would likely be completely reasonable – it can only sell as many units as what Nintendo can get to consumers – but today, Wii U units are readily available and the demand is obviously nowhere near what it was with the Wii. 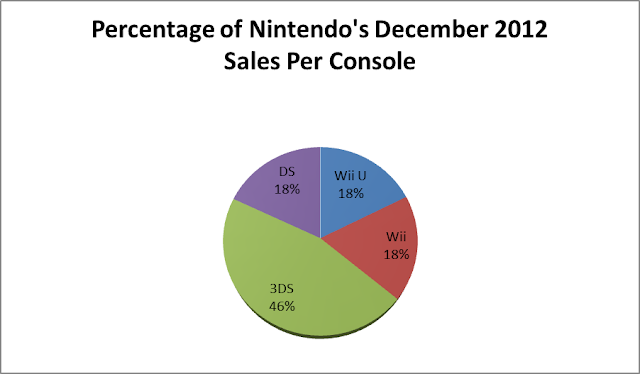 Looking Forward
So, what does all of this mean for Nintendo and the Wii U? It means that now is the time for Nintendo to find a way to drive demand for its console. The 3DS launched after the holiday sales season and it sold 500,000 units in its first month in North America, with 440,000 of those sold in its first week on the market. Of course, sales went right off a cliff thereafter and did not turn around until Nintendo drastically cut the console’s price tag before that year’s holiday shopping season. Wii U launched during the sales rush this past season and the numbers are not drastically different – take into account too that the demand for home consoles is greater than handheld consoles in America.
Just like the raw data does not lie, it also can depict a much larger picture. The Wii U is not off to a great start and we are now in the worst sales season of the year. The current line-up of upcoming Wii U games is good, but there’s nothing that looks to be an absolute “must have” system seller. Monster Hunter 4 might have been just the game for this, but it’s also going to be available on the 3DS (with cross console support) and there’s no doubt that it’ll be a big seller on Nintendo’s portable with its larger install base and cheaper entry point.
Here at Digitally Downloaded, we’re fans of Nintendo’s Wii U and see a ton of potential in the console’s future. While core Nintendo fans are already having a blast with the new console, it still needs to gain mainstream support, which our analysis of these numbers clearly show that it is struggling to do. The time for Nintendo to act is sooner rather than later, because the Wii U is truly a unique system with a ton of potential for millions of gamers all across the world to fall in love with.
What do you think Nintendo needs to do to increase demand for the Wii U? Why isn’t Wii U catching on with mainstream gamers? We want to know, so feel free to discuss your thoughts on the matter(s) in the comments section below.
Share this