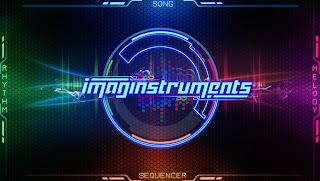 The PlayStation Vita has an impressive range of free games and applications for people to play around with. Even if you don’t have access to PlayStation Plus, you can count on games like Ecolibrium and applications like the excellent Twitter interface to drain plenty of battery charge.

Imaginstruments is the first music creation free application on the Vita. Unfortunately this is not one of the better ones.

It’s a very simple to use application, which is a plus, and offers users six different basic instruments to construct a simple looped track from. Players don’t set the notes themselves, but rather by adjusting sliders the music will play automatically on a loop with frequency depending on how far up the slider is taken. There’s variations on those instruments, and players can control what key the music loops are played in, the tempo, and they have control over some basic bass options.

That’s about all there is to it, though. It’s possible to make some nice loops quite quickly, and as a music toy it’s briefly diverting, but you won’t be composing epic symphonies on it either. 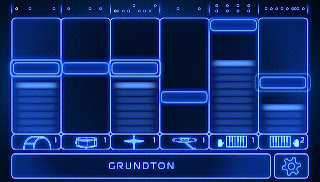 What is most confusing about Imaginstruments though is that it seemed like more was planned for the software initially. This is an application that was first announced a long time ago, and then apparently delayed, but the feature set still lists instruments like the violin (which, if it is in the application, is no violin I’ve ever heard in my life before), and the ability to “share your creations with the world.” Now, unless you plan on physically going up to everyone in the world and forcing them to listen to your PlayStation Vita, that’s not going to happen – the seemingly planned music share online option is nowhere to be seen.

The latter is an especially damning omission. Making music is great, but most people who make music also want to be able to share it. Any application that doesn’t make music sharing easy is instantly dismissible.

The PlayStation Blog entry from March 2012 (I have highlighted the features that don’t seem to exist in the finished product): 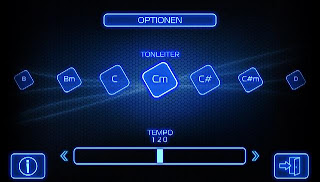 Master drums, guitar, theremin and even the violin and share your creations with the world.

Even more confusing the official PlayStation sites all have screenshots for the software that just are not in there. More tools that didn’t make the final cut? Perhaps so. Perhaps they’ll be added in in an update, or perhaps we’ll be forced to pay for them via DLC in the future. Either way, the lack of those additional features is keenly felt with this application.

Given that the PlayStation Mobile store has a far better music creation application – Beats Trellis – I can’t even recommend Imaginstuments as a free toy. It’s just not comprehensive enough to do anything.