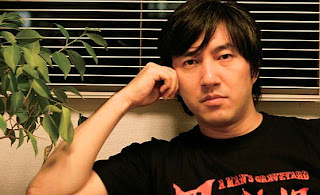 According to a news story over at Destructoid, Goichi Suda’s oddball development house, Grasshopper Manufacture, is merging with GungHo Online Entertainment, the organisation behind the popular Ragnarok series.

On one level this is not something to worry about. GungHo Online Entertainment and Grasshopper Manufacture are both behind some incredible franchises, and bringing them together, from an economic perspective, is good news. Better resourced, the combined team will be able to come up with some incredible stuff in theory.
Imagine a better-resourced sequel to Lollipop Chainsaw, or a Ragnarok title that can truly compete with the Monster Hunter games in terms of raw addictive appeal.
But on the other hand, often with mergers the creative vision of one team is slowly but surely subdued by the other. Grasshopper, under Suda, is a developer more interested in off-the-wall ideas than commercially viable ones. Indeed, he’s had as many commercial failures as hits – Lollipop Chainsaw was a modest success, but Shadows of the Damned was an utter failure.
The general rule is the larger the corporation becomes the more risk adverse it becomes, and a merged Grasshopper and GungHo could stifle the creative vision of Japan’s most creative visionary.
Of course, we have Killer is Dead to look forward to – it is unlikely that the merger will affect that game’s development. And I do understand why the merger has happened because as much as I worship the ground on which Suda walks, I would hate to try and build viable business models around his work. At the same time, I can’t help but hope to high heaven Suda is still allowed his creative freedom for future projects.
Share this