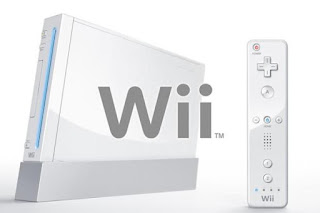 With Nintendo’s brand new home console, the Wii U, now sitting on store shelves and taking up many a headline here at Digitally Downloaded, we figured we’d start off this brand new year by paying respects to its motion controlled filled predecessor: Wii. The risk that Nintendo took with the gimmicky console were great, but its risk was immensely rewarded – Wii sold 475,000 units just this past December and has now shifted 40.8 million units worldwide – captivating the hearts and minds of gamers both young and old alike.
A few of our writers here have jumped on the chance to share some of our best Wii memories, whether it be the games we loved or the times we shared with friends, these are the things that we thought made the Wii great. But, the air is also open for discussion on the things that we think the Wii could’ve done a bit better too.
Enjoy!
Chris I.
Around the time that the Nintendo Wii released, it was one of the few times in my life that my prime pastime wasn’t actually keeping up with the gaming industry. Yes, right around this time I was much more interested in riding sports bikes with friends in and around the city that I live in. I enjoyed nothing more than getting all my gear on and blasting through the streets until the sun started to crest the dark horizon the next morning. That was – until my brother-in-law (friend and girlfriend’s brother back then) gave me a call one day to let me know that he had just got his hands on the Nintendo Wii right at launch.
I don’t remember how many hours we stayed up playing Wii Sports that night, but I do remember my arm absolutely killing me the next day at work from swinging a Wii Remote through the air like I was some sort of wannabe sports pro for far, far too long. It was pure unadulterated fun – I had to have one! 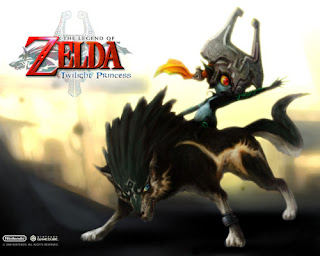 The thing that’s so compelling about the Wii is that it broke all the rules and came out victorious. From a technology standpoint, it was lagging far behind the Xbox 360 and PlayStation 3. But, it was never intended to stand with those consoles at all. No, Wii was something different and it was all the better for it. Nintendo injected its ‘magic’ (as I like to call it) into simple, yet highly addictive games that were fun for all ages. Families that had never played videogames together were rearranging their living rooms to play together and elderly non-gamers were getting into the action as well. Nintendo changed the face of gaming with the NES and it turned right around 20 years later and did it again; the hands of experience only grow wiser with age.
As a hardcore gamer though, the Wii was a rollercoaster ride of highs and lows. The Legend of Zelda: Twilight Princess absolutely captivated me with its swooping 80 hour journey through its parallel worlds and getting the chance to download and play Super Mario RPG – Legend of the Seven Stars right through the Wii’s Virtual Console was an amazing experience. But there were quite a few times when the games just weren’t there – times when every new release seemed to only cater to the casual side of the gaming crowds. The worst disappointment of all was when I finally got my chance to take my skills at Super Smash Bros. Brawl online, only to find it nearly unplayable from constant latency issues. Still, that didn’t stop me from dropping nearly 100 hours into the game though. When Monster Hunter Tri came along though, all of the Wii’s questionable online potentials faded away as I diligently slayed beasts with friends for months on end. 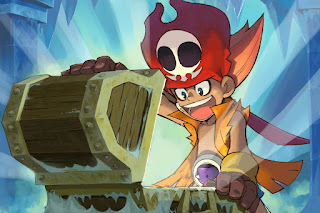 But it was Wii’s smaller titles that truly got me hooked on the little white system that many said couldn’t: Bit.Tip Complete, Ivy the Kiwi?, A Boy and His Blob, Deadly Creatures, deBlob, BlastWorks, Trauma Center: Second Opinion and Zack and Wiki: Quest for Barbaros’ Treasure are a few of the retail titles that had me absolutely glued to my Wii for months on end. There were a handful of WiiWare titles that did as well: Fluidity, Jett Rocket, Cave Story, Mega Man 9, Mega Man 10, LostWinds and World of Goo. While the Wii does have a crap-ton of shovelware on it – there are pure gems hidden within its massive games library. Who can forget its brilliant La-Mulana send-off?
The Wii was not perfect, but it is a system that outmanned and overcame all the odds when they were stacked against it from day one. I have heard it said that “Nintendo caught lightning in a bottle with Wii,” but I find that statement conflicting. Why, you ask? Because lightning never strikes the same place twice and the Wii is not the first console that Nintendo has struck it big with. Wii strived to be something new, something different – the Wii truly was “The Little Engine That Could” of the gaming industry.
– Christopher Ingram
Find me at Twitter: @Slapshot82
Do you have fond me memories of the Nintendo Wii? We would love to hear them in the comments section below.
Our Comments and Scoring Policy
Share this