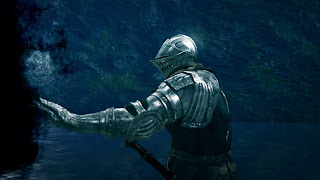 One of the big announcements in the games industry in recent weeks has got to be the existence of Dark Souls II. A sequel to a game that has got to have one of the most fanatical and loyal fan bases, Dark Souls II is promising more of the same from the first game. When the first game was almost unique in its genius level design and new-age difficulty, the promise of more of the same is something to get excited about.

But I am concerned by Dark Souls II. I don’t doubt that it’s going to be a good game, but I worry market pressures and From Software’s own track record with sequels means that Dark Souls II is the first sign that the creativity of the series is slipping.

The first concern I have is with the title itself. Dark Souls II implies that this is not going to be a break from the previous game. Sequels (aside from the oddballs like Final Fantasy) aim for a consistency across the experience – or to put it another way once you’ve won over the fans, you don’t want to upset them with the sequels. One of the great wins for Kings Field to Demon’s Souls to Dark Souls is that, despite belonging to the same franchise, the naming conventions meant the developers were not tied down as much; they could be freer in terms of creativity because they did not have the same perceived legacy to live up to. And so King’s Field games were fundamentally different to Demon’s Souls, which was a different game by comparison to Dark Souls. Dark Souls II is going to be more constrained by its very name, and I worry that’s going to inhibit the franchise’s main advantage – its unique mythologies and creativity with them.

But more than that, the name of the game worries me in the sense of the commercial realities behind it. Demon’s Souls was a sleeper hit. Dark Souls was a genuine commercial success, and so the money behind Dark Souls II is going to be significant. On the one hand this is good, as it gives the developers greater resources to make things bigger and more spectacular. On the other, the commercial pressure on this game to sell a bucketload to turn a profit could lead to some concessions, and concessions has never been what the Souls franchise has been about. Do the developers tone down the game’s themes? Already Dark Souls was thematically “lighter” than Demon’s Souls, so does Dark Souls II take another step towards a generic fantasy setting, rather than a claustrophobic Gothic horror? Do the developers make the game easier – more accessible, to draw more players in?

I also worry that From Software has a tradition of driving its franchises into the dirt, and this might be what’s happening with the Souls games. The Armored Core games are the Tony Hawk Pro Skater of the Mech games. The predecessors to the Souls games, the King’s Field games, suffered from a gradual erosion of creativity which coincided with the series’ increasingly weak commercial and critical performance.

One has to wonder – what else can be added to Dark Souls? The game was perfectly self-contained, and I would argue that From Software does not need to add anything to the game’s mythology. Revisiting it is nice in theory, but again, creativity has always been the key to the success of these games, and I question whether “more of the same” is the kind of creativity we actually want from From Software.

I really hope I’m proven wrong with these concerns, as the Souls games have almost singlehandedly maintained my faith that the games industry is still capable of producing original, brilliant games beyond the indie developers. I’m going to be following the development of this game very closely indeed.