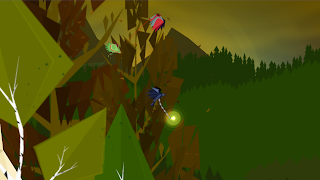 Of all the Wii U launch titles, leave it to a little indie developer on the eShop to come up with the most beautiful art style.

It’s a pity about the gameplay, then.

Unfortunately, Chasing Aurora is just not that interesting. It has a decent local multiplayer mode on a console that already has some of the finest local multiplayer games ever made. It has a breathtaking art style, but builds a single-player game that is so limited that I actually had to restart a few levels couple of times because I put myself in a losing position by forgetting I was playing a game – I was that disengaged with the action going on.

Rather than being disappointing for what’s in the game, Chasing Aurora is disappointing simply because of what it should have been. If you look at the games that have the most striking art styles – Limbo, Journey or Fez for instance – the visual aesthetic pulled the player in and is a useful marketing tool, but it was the density of theme and character that sustained a player’s interest in the game through to the end. Chasing Aurora stops after building the visual aesthetic, leaving me endlessly wanting to take more out of my time with the game. 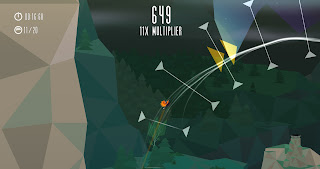 The single player game is exclusively a time-trial event. Each map has a route that players – in control of a bird – need to zip around as quickly as possible to gain points. There is some strategy involved in optimising the bird’s wing flaps to maintain a fast pace, and getting the maximum 3-star scores in each of the levels is a steep challenge, but it does not save the game from feeling empty. In fact, as beautiful as it is, the game’s aesthetic actually hurts the game’s single player mode – there’s such a loneliness conveyed through the papercraft style and audio that the game is so downbeat that it all but demands players put their controllers down.

Things fare better in multiplayer, but it’s going to be difficult to convince anyone in a social setting that this game is more enjoyable than any of the Nintendo Land attractions. There’s three different modes on offer here, though the mechanics of the game are so straightforward that the variations between the game’s modes don’t offer sustained longevity. The developers have done a good job in using the Wii U’s GamePad to help break the play up, and give everyone a turn to do something a little different. 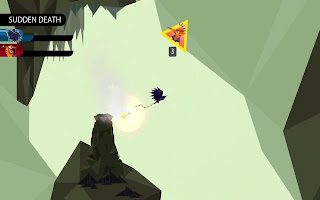 It’s not enough to save the game, though. The unfortunate problem that Chasing Aurora faces is that it’s a multiplayer minigame that is being sold at a relative premium, and happens to have a beautiful art style that lacks the right kind of energy for multiplayer games. Multiplayer is meant to be bright, colourful and high-energy in order to instantly pull people in. What appeal Aurora has is far too subtle to achieve this.

As a multiplayer game that should have been a single player experience, but lacks the depth to engage single players, Chasing Aurora is unfortunately a very confused game. It’s especially unfortunate since it’s clear that a lot of effort and creativity has gone into the game, but perhaps the developers should have thought more clearly about what they wanted to achieve with this game.